Skip to main content
Submitted by Rebecca Stanisic on 05 Oct 2022.

“Do you know this meme?”

One of my kids once asked me that, many years ago, as they were discovering memes on the internet. They asked it as a simple question, but I couldn’t help but pause at their inquiry. It was a hugely popular meme – I have been online for many years, and I know many of us in my (ahem) age group use memes a lot (I’m sometimes referred to as an Xennenial, born in 1980, also called an elder millennial apparently. I think sometimes I’m considered Gen X too). We love memes!

So, I was taken aback when asked if I knew the meme. Of course I knew it! Oh, my sweet summer child, my friends and I constantly send each other memes. We react to major news with memes. We have complete emotional conversations based on memes!

That wasn’t the right answer because I think I was met with an eyeroll. Other generations use memes too, I was told – and it was also pointed out to me that, according to them, their humour is better than ours. 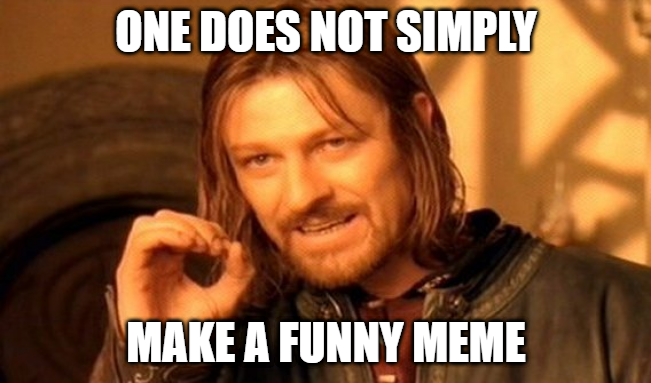 A few years later, more recently, he asked again about a different meme. And I didn’t know it. In all my surfing, I hadn’t come across it. I didn’t get the joke. Suddenly, I realized, Gen Z memes weren’t what I was seeing or understanding. They were new and I was out of the know. Their humour isn’t our humour (why is that thing they are laughing at funny?) and the generational divide was very apparent.

I felt cool until I didn’t (teens will do that to you).

I started to wonder if I was losing my connection to the online inside jokes and happenings. Maybe my time on Facebook and Instagram kept me out of touch with what was being shared in Discord chats and on TikTok.

Our humour won’t be our kids’ humour. And that’s okay. But when you realize that you aren’t in on the popular jokes anymore, it’s a strange feeling. I bet there’s a meme to better capture this (ha!).

Luckily, I still get texted funny memes from my eldest so there’s hope for me. (I love being able to text each other stuff like this!)

I think I will always love memes and reaction GIFS (pronounced with a hard G in this house). Even though my kids have told me I’m ‘cringe’ if I share certain ones, or apparently that ‘Moms’ share a particular brand of Facebook type memes (I do not! I share them in Instagram DMs!), I still will cling to the meme forever.

It will remain a form of communication with friends and family. Or with my kids. Even if I’m cringe.