Skip to main content
Submitted by Lynn Jatania on 03 Sep 2019.

My daughter – age 14 – is all about Instagram. It’s her primary source of entertainment: if she’s on her phone, she’s likely looking at memes or laughing at silly posts made by her friends. It’s also the main way she communicates with them, as they use its messaging service much more than things like texting or video chat.

I’m also on Instagram, and lately she’s started sending me funny memes and cool insider information on upcoming movies that she thinks I’ll like. It’s a great way for us to have little inside jokes and to show that we’re thinking of each other throughout the day.

But one thing I’ve been noticing is that most of the memes and even her friends’ posts that she shares contain copyrighted material. 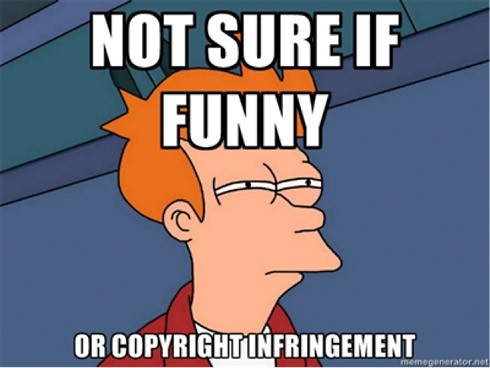 I think it’s probably safe to say that most people, young or old, don’t have a clear picture of what is copyrighted or not on the internet. I build websites for a living, so making sure that all images used on a site are properly licensed is part of my job and copyright is an issue close to my heart. I don’t think I ever, once, had a client that actually knew or understood that just Googling for an image, and then using that image, was a copyright violation. Even if you’re using it on a personal, not a business site, and not making any money from that image – someone somewhere created it and owns it. Unless the work is in the public domain, released under a Creative Commons license, or your use falls under the definition of Fair Dealing (Fair Use in the US), you must have permission (and possibly pay a licensing fee) to be able to use it in any way.

This came up with my daughter when we were walking a few nights ago, and she was surprised – and also, I think, didn’t quite believe me. She follows many Instagram accounts whose exclusive purpose is to share posts made by other people, and they are setting a pretty bad example. She explained how Instagram itself has no way to “share” a post by someone else on your own feed, but that it’s easy to just grab a screen capture and then re-post – most often, without any kind of credit or link back. She also pointed out that since she follows several such accounts, she’ll often see the same content on more than one on the same day – clearly shared without permission or credit.

We talked about how photographers and visual artists are content creators who deserve credit and also the ability to make money from their work. I pointed out that she wouldn’t steal someone’s writing and publish it as her own – that has a clear moral boundary and name, plagiarism – and that stealing an image is the same. I asked her how she would feel if she made a drawing and it was taken by others to use on their feeds, or even in an ad, without her permission.

But I’m not sure I really got through. She’s bombarded with counter examples, which makes it seem normal to use copyrighted images however you like. She doesn’t put it in the same category as taking someone else’s words. And if something she made actually did get picked up by one of these re-posting feeds? Frankly, I think she’d be thrilled rather than litigious.

So it looks like I’ll have to repeat this message a few times over. It’s only truly safe to use images on Instagram, Facebook, or a blog that you have taken yourself. It’s actually possible to be sued for using photos or images you don’t own on your own feeds. Is it likely to happen, when “everyone” is doing it? Probably not – but it’s important to know the rules and do your best to follow them, and to respect the creations of others. We’ll see if it sticks.

Do you share images online? Have you talked to your kids about copyright?

Here are some MediaSmarts tip sheets to help talk to your kids about copyright and ethical online behaviour:

To learn more about Fair Dealing, public domain and Creative Commons works, check out our website section on Intellectual Property.