Skip to main content
Submitted by Andrea Tomkins on 11 Jul 2016.

If you haven’t seen the story of the Hot Dog Princess that made the rounds on the internet in June 2016, I suggest you read this Buzzfeed article. To summarize: it was “Princess Week” at five-year-old Ainsley’s dance class and she decided to wear a hot dog costume. As a parent, this is the kind of youthful impertinence I can get behind. After all, THIS was a princess who really knew who she was, a princess that was not like other princesses, a #hotdogprincess. 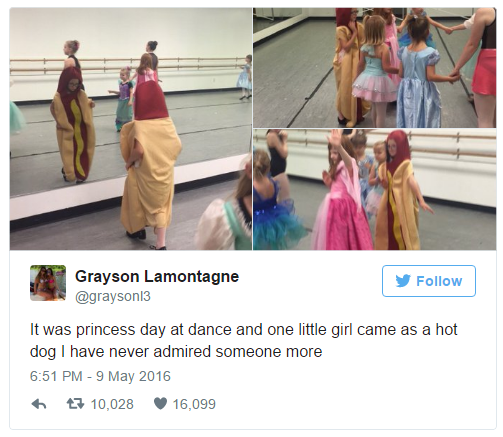 Another good example of an atypical princess character is Robert Munsch’s Paper Bag Princess. I actually bought a copy of this book while I was in university and swore that I’d read it to my own kids someday, whether I had boys or girls. As it turned out, my future kids turned out to be two daughters. They are 17 and 15 now, but like many girls they were enchanted by “all things princess” when they were younger. This, of course, was despite my best efforts. We didn’t go so far as to ban Disney films from our house. We watched them - and enjoyed them - just as much as the next person, but I didn’t want the princess brigade extending off the screen and into our everyday lives in the form of a princess backpacks, lunchboxes, pencil cases, and board games.

I distinctly remember being annoyed at a game manufacturer’s re-issuing of my old favourites with a pink princess makeover. Princess Monopoly, Princess Uno, Princess Candyland (Was nothing sacred!) was hard for me to take. Did I want to raise girls who wouldn’t touch a game unless it was “specifically designed for girls”? No! So when the girls asked me to buy princess-branded merchandise - T-shirts, bathing suits, ball caps - I exercised my parental veto power. “Princesses stay on the screen and in our books,” I said. I also told them I didn’t want them to be walking billboards for a multinational company. Did they fully understand this at age five? Probably not, but they got the point: Mum is Not Buying Princess Stuff. We were not, however, entirely princess-free. Somehow we acquired a Disney princess Halloween costume and it was worn by both of my kids for multiple seasons of trick or treating. I found their attraction to it fascinating. The power of the princess was truly magnetic. 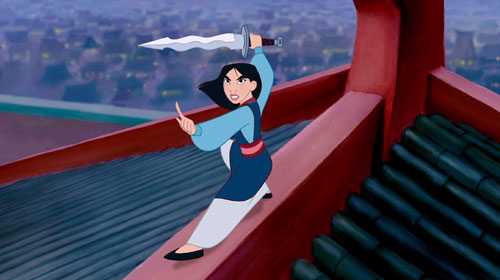 The films we first watched together were the classics - Snow White, Sleeping Beauty, Cinderella. They were the same ones I grew up with and I was okay with sharing this part of my childhood with them even though I wasn’t thrilled with how women are portrayed - e.g. “Someday my prince will come.” To their credit, Disney has since responded to audiences - and changing times - by creating more compelling and well-rounded princesses who chart their own path. Two of my favourite female Disney characters are Mulan and Merida. They’re strong, independent, and smart. Of course, I wanted to raise girls who are strong, independent, and smart, so this was the kind of entertainment I was happy to encourage (even though I still drew the line at buying princess merchandise). 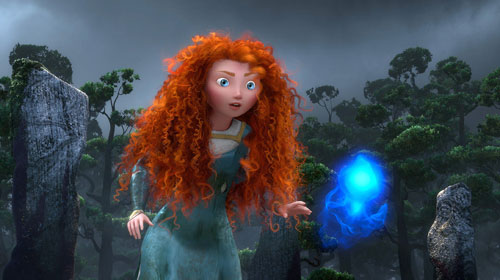 I see the consumption of traditional princess imagery to be akin to candy. It’s ok in small measure for boys and girls but it really needs to be counterbalanced by heartier fare. We feed our kids so they grow healthy and strong, so why not do the same with what they’re watching? So what’s a parent to do in regards to “princessification”? Here are a few tips:

And if your princess wants to wear her costume to bed every night and to school every morning and refuses to part with her tiara, that’s ok too. It’ll pass. In the meantime, remind her that her dress probably isn’t suitable for playing on the monkey bars and that she doesn’t have to be the kind of princess who just sits around waiting for a prince. Where’s the fun in that? She can be her own brand of royalty: The Princess Who Plays Hockey, The Princess Who Has a Cupcake Business, The Princess of Scootering, or even a Hot Dog Princess.

Looking for resources about parenting princesses? Check out this blog post at MediaSmarts.ca for lots of food for thought. This lesson plan for children in grades 2-6 also contains some useful information for teachers, caregivers, and parents alike, and can be tailored for younger kids as well. Do you have other tips to share? We’d love to hear about your approach to parenting princesses (and princes!) in the comments below.

Yes! Love the sentiment and specific tips and tools expressed here. When my daughter went through her Princess phase, I created a new kind of Princess for her and her friends, and we’re still going strong: www.princesswarriors.org!