Skip to main content
Submitted by Matthew Johnson on 08 Jul 2008. 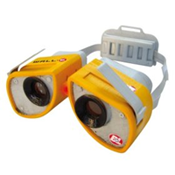 Summer is officially upon us, and with it comes the usual lineup of blockbuster movies. Along with the usual cast of superheroes, spies and sexagenarian, whip-cracking archaeologists comes a somewhat unusual hero: Wall-E, the nearly mute robot protagonist of the film of the same name.

The film, which tells the story of a lonely robot whose job is to tidy up the Earth after we humans have turned it into a giant landfill (and then abandoned it for condo living in space), has been received warmly by critics. One aspect of Wall-E that many critics have focused on is its relatively dark story and its topical slant; the New York Times’ Katrina Onstad describes it as “An Inconvenient Cartoon,” drawing links between its environmental message and that of Al Gore’s Oscar-winning documentary.

Of course, there’s some irony in a summer blockbuster – especially one aimed at children – suggesting that we might be buying too much stuff. Exempted from Wall-E’s environmental message, presumably, would be the variety of Wall-E merchandise that will soon be gracing store shelves, such as the “Cube and Stack Wall-E,” “Construct-A-Bot Wall-E,” and “Dance ‘n’ Tap Wall-E” (you can see the whole list at http://pixarplanet.com/blog/thinkway-walle-merchendise). Similarly, we can assume that the anti-corporate elements of the film – in which a company called Buy ‘n’ Large has turned the human race into obese, complacent drones – are not intended to apply to Pixar, its parent company Disney, or Pixar co-founder Steve Jobs’ other company Apple. (Wall-E’s girlfriend, EVE, actually looks a lot like an iPod; you can see a list of Apple references in the movie here.)

For his part Andrew Stanton, the film’s writer and director, says no messages were intended at all. As he told the New York Times, “I don’t have much of a political bent, and the last thing I want to do is preach. I just went with things that I felt were logical for a possible future and supported the point of my story.” He also expressed little interest in the accompanying merchandise, saying “If someone gives me a marketing report, I throw it away.”

Pixar is unusual in the degree of creative freedom it gives its directors (most of whom also write their films), but even it can’t escape the pull of merchandising: with box-office revenues for its movies dropping off since 2003’s Finding Nemo, merchandising is increasingly important to its profitability. Cars (2006), for instance, was a commercial disappointment, but its boy-friendly concept allowed it to set a new record for merchandise sales, selling a billion dollars’ worth versus a mere $700 million in ticket sales. Naturally, a sequel has been announced in hopes of maintaining demand.

For other would-be blockbusters, merchandising is a way of getting around age restrictions. All of the summer’s big superhero movies, for example – Iron Man, The Incredible Hulk and The Dark Knight (the latest Batman sequel) – are rated PG-13 in the United States, requiring children under 13 to be accompanied by an adult. As the Campaign for a Commercial Free Childhood has pointed out, however, each one of these films has merchandise associated with it that is both aimed at and advertised to much younger children. This includes an Iron Man Nerf Blaster (for ages 6 and up), a “Hulky Pokey Hulk,” (for children as young as 18 months) and nearly five thousand Batman items. According to Paul Gitter of Marvel Comics, which owns the characters of Iron Man and the Hulk, toys are a kind of advertising as well as a revenue stream: “Especially for kids, they’ll see the toys before they’ll see the movie ads. If they want the toy, they usually want to see the movie.”

It wasn’t always this way, of course. A long time ago – in what may seem like a galaxy far, far away – merchandising rarely outlived its parent movie. What changed everything was Star Wars. Before that time, merchandising was thought to be of so little value that 20th Century Fox, the studio that produced Star Wars, let director/producer George Lucas keep the merchandising rights – a decision that cost them $20 billion, according to Forbes magazine. Star Wars merchandise, from sheets to action figures to cake pans (I still have the cake pan), was inescapable from the late ‘70s to the early ‘80s. The Star Wars lesson was not lost on other producers, or toy companies: children’s television in the ‘80s was littered with shows that began life as toys (Smurfs, G.I. Joe) or where the show was created to sell the toy (Gummi Bears, Masters of the Universe).

Like Pixar, Lucas has maintained demand for merchandise by periodically producing more screen content, starting with the 1991 novel Heir to the Empire (the first to be set after the last movie of the original trilogy), then finally releasing the long-promised “prequel trilogy” of films in 1999. While those movies were poorly received by both critics and fans – one fan told the Toronto Star he’d been so disappointed in them he sold off all his action figures – they kept the merchandising sales alive, and Lucas has announced an animated series (set between the second and third films) to keep the taps flowing.

Like all of today’s blockbusters, Wall-E owes a significant debt to Star Wars: its producers know that even if kids find the movie’s nearly wordless opening act hard to get into, they (or their parents) will still buy enough products with Wall-E and EVE on them to make the movie profitable. That debt is acknowledged by having the voice of Wall-E provided by Ben Burtt, who gave R2-D2 his distinctive beeps and whistles. Should you find yourself nostalgic for the original, of course, you can always buy a life-sized, voice-activated replica of the little ‘droid – just $169.95 from Hammacher-Schlemmer.

For tips on dealing with advertising to kids, check out resources on “How Marketers Target Kids” and “Dealing With Marketing: What Parents Can Do.” Parentline Plus also has a page of “Tips On Tackling Pester Power.”