Skip to main content
Submitted by Matthew Johnson on 16 Nov 2021. 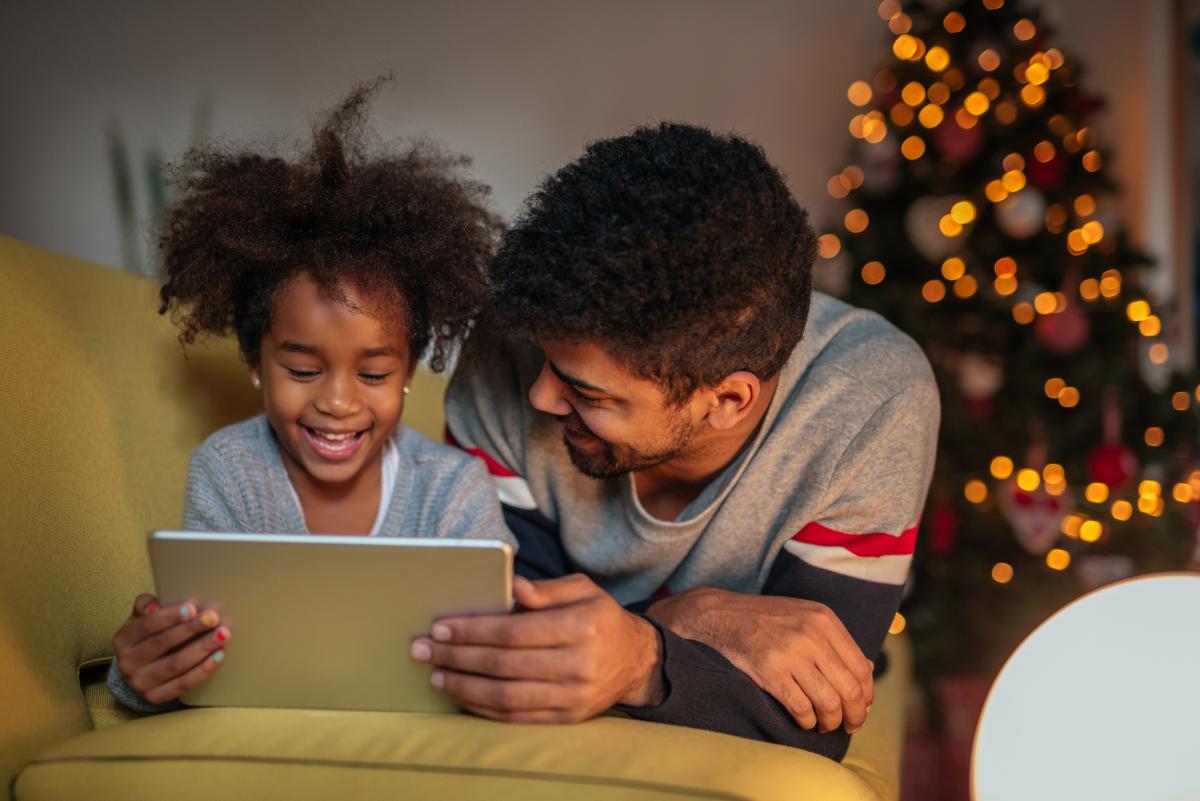 Many families have media traditions around the holidays – whether that’s watching A Charlie Brown Christmas together or staging a Mario Kart tournament on New Year’s Day. It’s great to make media a family activity, and it’s also an opportunity to co-view with your kids. In fact, holiday movies practically demand co-viewing: whether your tastes run to It’s a Wonderful Life, Die Hard or Christmas Vacation, odds that that if you watch with your (appropriately-aged) kids you’ll see something that makes you uncomfortable. Maybe it’s a racist stereotype in a cartoon, or a scene that makes stalking and harassment look romantic, or yet another kids’ movie with just one female character. What do you say?

The good news is that this isn’t new to kids. MediaSmarts’ research report Young Canadians Pushing Back Against Hate Online found that nearly all young people have encountered racism, sexism, homophobia or other kinds of prejudice online, but that most of them rarely or never pushed back against it.

In both cases, one of the challenges is not wanting to call out what we’re seeing. Criticizing our children’s media choices can easily make them feel we’re criticizing them, while responding too harshly to online comments can backfire: the people who made them may get defensive, and it may look to other people like you’re overreacting. While it’s important to teach kids how to respond when they see clearly intentional displays of prejudice and hate, we also need to teach them to call in when the situation isn’t as clear.

Calling in, a phrase coined by scholar Loretta Ross, starts by assuming the best about someone or something. There’s a difference between a media work that was motivated by racism or sexism, and one where it is the result of the media-maker not questioning their assumptions or the “conventional wisdom” of their industry. (It’s important to understand that the people who make media aren’t necessarily media literate.) In the same way, we can distinguish between someone intentionally spreading hate online and someone using a word or phrase they don’t realize is hurtful, or accidentally referring to someone by the wrong pronouns, or retelling a joke without thinking how it might be offensive.

Coviewing doesn’t necessarily mean watching or playing with kids, though it is good to do shared media activities with them: don’t be afraid to use the Pause button when something comes up that makes you uncomfortable. But coviewing also involves checking in on what they’re doing when you bring them a snack, doing some research on the things they like so you can spot anything that you want to talk to them about, and having an ongoing conversation with them about their media lives. To keep them from getting defensive, you can focus on questions: Do you think that’s a healthy way to act towards a girlfriend or boyfriend? Are the girls you know in real life like the ones in that show? How might an Indigenous person feel about how they’re portrayed in a movie like Peter Pan? (The warnings about stereotyped content on some Disney Plus shows can be a teachable moment for talking about this – though you can also ask your kids why some movies with less overt but still problematic representations, like Pocahantas, don’t carry the warning.) It’s also important to teach kids from early on that critiquing a part of something doesn’t mean you don’t like it, nor does critiquing a work mean that you are criticizing anyone who likes it. (As well, you can make a habit of pointing out positive or realistic representations when you see them.)

This idea – that criticizing the work isn’t the same as criticizing the person who made it (or who likes it) – is also key to “calling in” when we see something offensive online. Kids often don’t push back against prejudice online because they’re afraid it will make things worse, because they’re not sure if it was really prejudice, and because they’re not sure if the person really meant it. These are valid concerns: it’s very hard to read people’s intentions when you’re communicating online, and you’re at least as likely to encounter someone who doesn’t realize what they said was offensive as someone hiding real hate behind a mask of irony. Calling in addresses these concerns by assuming the best about the person you’re talking to, and by responding in a way that’s less likely to make them defensive – reaching out to them privately instead of publicly, for instance, or appealing to shared values by saying something like “I know you didn’t mean to hurt anyone’s feelings.” As with coviewing, asking questions is a key strategy for calling-in: asking “What point are you trying to make?” or “Can you give me an example?” gives the person a chance to clarify what they meant. It can also be effective to call in by saying how something made you feel, even if you’re not the person (or in the group) that is affected: seven in ten Canadian kids say that prejudice against anyone hurts their feelings.

There are times when it makes sense to call someone out, just as there are media works that we no longer consider acceptable: Disney does not make the movie Song of the South available at all anymore, and the earliest Tintin books, with their explicitly racist content, are no longer kept in the children’s section of most libraries. We can call behaviour out when something is happening that needs to be stopped before someone gets hurt (like when someone is being harassed in an online game); when we’re sure that the person knew that what they said or did could be hurtful; when it’s more important to send a message about the community’s values than to change a single person’s behaviour; and if we’ve already tried calling in without success.

Whether they’re watching movies, playing video games or connecting through social networks, we need to prepare our kids to engage with all of the media that they use and consume. Teaching them to “call in” – whether that means recognizing that works we like can have problematic elements, or that people we like can sometimes hurt people without meaning to – is a key part of preparing them to be active and responsible digital citizens, and giving us all happier holidays.