Skip to main content
Submitted by Matthew Johnson on 20 Jul 2009. 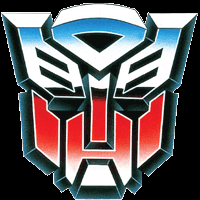 Last year in this space we wrote about how summer movies serve as advertisements for various kinds of merchandising. The success of 2007’s Transformers and its sequel this summer point to a different but similar trend: making movies that are actually about the toys companies sell.

Transformers 2 has had the second-largest opening weekend of the summer, and is likely on its way to be one of the year’s highest-grossing pictures. G.I. Joe: The Rise of Cobra – which, like Transformers, is based on a 1980s toy-line – is set to debut in August, and more toy- and game-related movies are waiting in the wings. In fact, for a while reality was moving faster than parody: before you could even make a joke about them, movies based on Monopoly, Battleship, and even Ouija were announced.

What stands behind this odd trend? One factor is simply Hollywood’s relentless appetite for content. As screenwriter John Rogers explains, behind every ten finished films stand a thousand scripts in varying stages of completion. In the face of this, it’s not surprising that almost any hook will do. Compared to the total cost of making a movie, the price of optioning a property (buying the right to develop it) is almost inconsequential. The answer to “Why toys and games?” might easily be “Why not?” Hollywood has scoured novels, plays, comics and video games for content, so why not toys?

Of course, there’s an advantage to adapting existing properties that goes beyond the fact that the material already exists. If a property is well-known to the public, it takes a lot less time and effort to advertise it. The advertising campaign for an original movie has a lot of work to do: it has to get across the genre, the premise, the expected audience, and the tone before it even touches on what makes this particular movie unique. When you hear that there’s a Transformers movie, on the other hand, you already have a pretty clear idea of what it’s about: giant robots that turn into other things and bash at each other. Monopoly may not sound like the most obvious property to turn into a movie, but nearly everyone has played it at some time or another. Because the nature of these toys and games is open-ended (as opposed to adapting a novel or a play) it’s easy to turn them into a franchise and churn out sequels until the audience moves on.

What may be more interesting than the fact that toys are being made into movies is precisely the choice of which toys. It’s instructive to note that 2007’s Transformers was not the first movie made from that property: in 1986 a cheaply-made animated film appeared and quickly disappeared from theatres. While that movie was released when the toys were at the height of their popularity, when the 2007 version appeared Transformers toys had largely been absent from store shelves for more than a decade. This does not make it unusual among the properties being made into movies: GI Joe, its companion in this summer’s movie season, was discontinued in 1994, while two other projects currently slated for adaptation – Stretch Armstrong and Major Matt Mason – have not been widely available for more than thirty years. Even Monopoly, though still a strong seller, is a long way from its glory days.

At face value this seems like an odd strategy. In an age where every five-year-old boy has dozens of pieces of Cars merchandise, why base movies on properties that young viewers are unlikely to have heard of? Why not make movies based on currently popular toys and games such as Neopets, Bionicle and World of Warcraft? The answer is that these movies – or at least the choice of properties to adapt – aren’t aimed at young viewers at all. The market for Baby Boomer nostalgia is well-known, and Generation X has proven to be, if anything, even more susceptible to its charms (half the jokes on Family Guy, for example, are references to 1980s youth culture.) The theory may be that teenage boys are going to go see goofy comedies and action movies anyway, so there’s no need to choose a property that will appeal to them specifically. Make a movie about a toy or game with strong nostalgia appeal, however – Transformers and GI Joe for Generation Xers, Major Matt Mason and Monopoly for Baby Boomers – and you add another potential audience, and possibly their children. (The power of nostalgia may explain the otherwise inexplicable decision of some respected directors and actors to do these projects, such as Peter Berg on Battleship and Tom Hanks on Major Matt Mason; apparently Hanks brought his own collection of Matt Mason figurines to his first meeting with the film’s producers.) Of course, this can still work for the toymakers’ advantage, by bringing old toys back to prominence and popularity: nearly half a billion dollars worth of Transformers merchandise was sold after the 2007 movie’s release.

Childhood, it would seem, has become a moving target. While we are rightly concerned about what’s called Kids Getting Older Younger (the increasing sexualisation and sophistication of childhood play, such as that described here), a parallel phenomenon might be termed Adults Staying Kids Forever, an obsession with the trappings of childhood such as the particular toys and games you had, or didn’t have but wanted, when you were young. (This is not to be confused with the genuine pleasures of childhood, such as play and exploration, which are available to anyone at any age.) The root cause of both is the same: consumerism, which is served by teaching both kids and adults that they can be happy if only they buy the right things – “sexy” clothes, the toys you loved as a child, and so on. Seen this way, Hannah Montana and Transformers are both working to make sure kids and adults meet in the middle to become that most desirable demographic: the perpetual teenager.