Skip to main content
Submitted by Matthew Johnson on 04 Apr 2022. 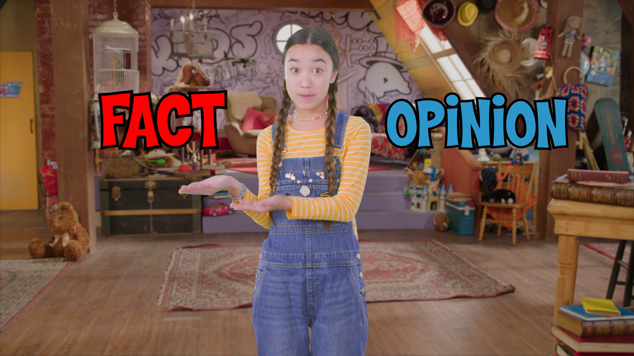 Parents could be forgiven for thinking that our children are born media literate. Kids take to digital devices like the proverbial ducks to water, quickly becoming expert at finding the videos and games they want, and it’s a rare baby shower that doesn’t feature Elsa or Elmo in one form or another.

But we shouldn’t mistake fluency for literacy. The average six-year-old is fully fluent in their native language, but not likely to be literate; most parents spend countless hours helping their kids learn to read, and we expect them to need a dozen years of schooling to become fully literate. In just the same way, our kids need digital media literacy instruction and need us to guide and support them.

The difference is that many parents don’t feel they know enough about digital and media literacy themselves to teach their kids. That’s where the new TVOkids Original series Wacky Media Songs comes in. Wacky Media Songs is an education series of song-based episodes about digital media literacy aimed at kids between six and nine years old. Each fun-filled, zany two-minute video explores a different aspect of digital media literacy, ranging from cyberbullying and online safety to advertising, gender stereotyping, and even the ways that camera angles affect how we feel. The videos’ savvy, positive approach helps viewers to understand that they can critique media while still enjoying it, and models critical thinking and digital citizenship by encouraging viewers to take positive action as they use and consume media.

MediaSmarts was proud to act as a consultant on the series, providing our insight into the wide range of digital media literacy topics it covers, how best to address them with kids of this age range and how they fit into the Ontario curriculum. While the series airs on TVOkids, the songs are also available on TVOkids YouTube channel and TVOkids streaming channels (Roku, Amazon Fire, Apple and more) and – because they are all based on the key concepts of digital media literacy – can be used in homes and classrooms across Ontario and all of Canada. Being exposed to these concepts early lays out a path for viewers to follow as they become able to understand more complex ideas and as their media habits change.

Because many digital media literacy topics are new to parents as well as children, these videos provide great opportunities for learning together. To support parents, MediaSmarts has also developed a series of springboards to accompany the series. These include questions to ask before and after viewing each video, as well as some activities that you can do with your kids to explore the ideas more fully – from going on a “media field trip” at the grocery store to exploring the power of the media frame by making a puppet video on your phone.

Kids are using media younger than ever. That’s why we need to start teaching them digital media literacy skills as early as possible, in ways that are relevant and accessible to young kids.

Through relatable examples, animation, music, graphics and clever lyrics, TVOkids Original Wacky Media Songs and our supporting activities will get kids off to a great start on the path to becoming engaged digital citizens.