Skip to main content
Submitted by Matthew Johnson on 03 Sep 2009. 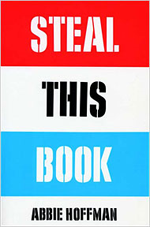 It’s nearly time to go back to school, and for teachers that means back to one of the profession’s most frustrating tasks – preventing, detecting and dealing with plagiarism.

Plagiarism, academic and otherwise, is an old problem; Newton and Leibnitz accused each other of it, and Helen Keller was so shaken by an accusation of having stolen her story “The Frost King” that she turned from fiction to writing the autobiography for which she is remembered. Still, comparing today’s lifting of information to the sort of plagiarism that took place as recently as ten years ago is like comparing home cassette taping to online file-sharing. Thanks to the Internet, plagiarists have easy access to material from which to copy, and more importantly, technology has fostered attitudes within our media landscape that make plagiarism seem acceptable to students.

The relationship between technology and culture is central to our understanding of students’ views of plagiarism. Our modern notions of plagiarism, and intellectual property in general, largely date back to the Sixteenth Century. While Shakespeare happily borrowed stories and characters from earlier sources, writers of the time were often fierce in defending their own works – it was, in fact, Shakespeare’s friend and rival Ben Jonson who first coined the term ‘plagiary,’ based on a Latin word that meant ‘kidnapper’ or ‘slave trader.’ (Actually it meant ‘illicit slave trader,’ in contrast to the many fully legal slave traders who operated both in Roman times and in Shakespeare’s day.)

By 1709, copyright (and its corollary, plagiarism) were enshrined in English statute law, and it’s no coincidence that this process begins not long after the invention of the printing press (circa 1450). Prior to this innovation, the notion of plagiarism was meaningless because, since manuscripts had to be copied by hand, nearly all writing was plagiarism of one kind or another: even translators, rather than trying to faithfully reproduce a work, would alter, embellish and annotate it to suit their own taste. Once books became mass-produced, movable objects it was much easier to think of their contents as something you owned – and what can be owned can be stolen. (The difference in these attitudes is likely what’s responsible for the time lag between the invention of the press and the idea of plagiarism; for the first hundred years of its existence, the press largely was used to reproduce books that we would consider to be in the public domain, such as the Bible and classical Greek and Roman texts.)

Today we are undergoing a similar shift in technology and culture: words, which were once proverbially static, solid and authoritative – to say something was printed in black and white meant it was unquestionably true – are now more likely to be seen as fluid and transient. Moreover, the move from words being housed in physical objects, such as books and magazines, to being available online reduces their perceived value. Like most online content, words are seen as being free – free to read, free to distribute, and free to copy for your own use. Why would we then expect a student who downloads music for free to think twice about copying text from a Web site?

Of course, the Internet does make a certain kind of opportunistic plagiarism possible – the capacity to copy and paste encourages those students who otherwise wouldn’t submit an assignment at all to plagiarize, since in most K-12 schools the penalty for plagiarism is no worse than a zero – but the issue is larger than that. Because of the attitudes described above, many students genuinely don’t understand the notion of plagiarism: if your teacher asks you for a report on Alexander the Great, what could be more natural than copying and pasting from the Wikipedia article on the subject? The idea that the information should be cited might seem silly – where else are you going to get it but Wikipedia or Google? – and saying that it should be wrapped in quotation marks and surrounded by the student’s own words would likely seem entirely arbitrary. As a result, studies have shown that many students (36%) do not consider plagiarizing an entire essay from an Internet source to be a major offense, and a significant number (19%) do not even consider it to be cheating.

The general anonymity of online life and of information sources such as Wikipedia contribute to this problem. If plagiarism is theft, as it’s traditionally been viewed, how can you steal something that has no owner? Wikipedia polices images and video that are contributed to it, but cannot practically do the same with article text (in fact the bulk of many Wikipedia articles is made up of copied texts from public domain sources that are typically not cited.) As well as a decline in the value of words, there has been a decline in the perceived value of authors as well, and of authorship as a concept. There’s a very real sense today that fans of a property “own” it in as meaningful a way as the actual copyright owner. (The corporate ownership of mass media icons such as Superman may have contributed to this, but the same attitude is held towards properties such as Star Wars and Star Trek, which are strongly associated with their creators George Lucas and Gene Roddenberry.)

What, then, is to be done about plagiarism? There’s no shortage of practical strategies for preventing and detecting it, many of which teachers should definitely adopt if they’re not already using them, but these fail to get at the larger cultural issues. What needs to be done is to take a media education approach to plagiarism: to embrace critical thinking and question-finding and treat students as empowered agents, rather than passive consumers. Rather than presenting this topic as a series of rules to obey, we should engage students in discussing the ethics of using other people’s work. (Even before the Internet, the question of just what constitutes plagiarism has always been more difficult and nuanced than we generally present it as being.) Our traditional view of plagiarism being “wrong” because it’s stealing another person’s work is, as we’ve seen above, an idea that has little meaning for students today. We need to move the focus onto students and show that by plagiarizing, they cheat themselves of the learning they would have gained had they done the work honestly. Of course, this means that we must craft our assignments so that doing them is a more worthwhile experience than stealing them. Information retrieval is a trivial matter today, but it remains at the heart of much school work. Even in post-secondary settings, a lot of what students are expected to do is simply find and stitch together other sources. What students need to learn instead is information management: the ability to actively engage with media (text-based and otherwise) and use it for their own purposes. This is one of the new media literacies that scholars have identified as key to student success.

By treating students not only as consumers but also as producers of media, we can teach them to use sources in a transformative way. Just as a good remix takes disparate songs and builds them into something new, so too does an essay or other student work that uses its sources as tools towards a larger purpose. This brings us to the heart of media education, which is critical thinking. Until we make this, rather than simple retrieval and regurgitation, the heart of our teaching, plagiarism will always be a problem.

1. Ask students if they consider the activities listed below to be “entirely wrong,” “somewhat wrong,” “not wrong but against the rules” or “not wrong at all”. Compare the results to the answers given by participants in the Common Sense Media poll:

For each activity listed, ask students how they determined what made it right or wrong. If there is significant disagreement among the students, ask them if their opinion has changed in the light of the arguments raised by other students.

If the results of your poll are significantly different from those in the Common Sense Media poll, ask students why that might be. Point out that these were students aged 13-18 who participated in an anonymous online poll.

3. Ask students what the difference is between quoting something and plagiarizing it. (As an analogy, you can compare it to doing a cover version of a song and claiming the same song as your own.) Is there a clear line between the two, or are there some grey areas?