Skip to main content
Submitted by Matthew Johnson on 27 Apr 2009. 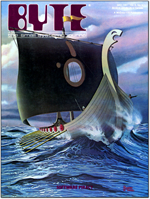 With the recent spate of marine piracy off the coast of Somalia, culminating in the abduction and rescue of Captain Richard Phillips, it’s a bit disorienting to see the word “piracy” used to refer to, well, pirates. That’s because for the last few decades the word has been much more often applied to those who “pirate” intellectual property such as software, music, and videos. In fact, the use of the word in that context has a surprisingly long history: Daniel Defoe, in 1703, used the term to describe printers who made unauthorized copies of his work.

What’s interesting about the modern use of the word is that it may have either positive or negative connotations, depending on who’s using it: pirates of intellectual property often use the term without apology, as in the case of the Web site Pirate Bay, a well-known source of illegal films, games and music, whose founders were recently convicted of a variety of offenses in their home country of Sweden. Indeed, while copyright infringement has long been called piracy, distributors of copied software were likely the first to self-identify as pirates.

Pirates have always had a bad reputation: taking other people’s possessions by force is never a good way to win friends. While tales of outlaws such as Robin Hood have long been popular, through most of history pirates were only ever depicted as criminals. This may be because outlaws in fiction are typically associated with the lower classes or with subjugated peoples – one person’s outlaw is another’s hero – but pirates, operating at sea, have no loyalty to anyone but themselves and so have no partisans. Freedom from piracy was one of the benefits of life under the Pax Romana, and residents of the British Empire were similarly protected. In fact, to be able to protect one’s merchants from pirates can be seen as one of the tests of statehood.

It was not until the Renaissance that pirates began to have their reputation rehabilitated, with the introduction of privateering. A privateer was a pirate in the service of his country, who only attacked ships belonging to enemy nations – in the eyes of his country’s law not a pirate but a sort of freelance navy. In the colonial conflicts that played out between England, Spain and France, privateers such as Sir Francis Drake won many impressive victories and were celebrated as heroes. Privateers remained an important part of naval forces as late as the American Revolution and the War of 1812. The ability to issue letters of marque, which authorize privateers to act on their nation’s behalf, is actually written into the U.S. Constitution, and former presidential candidate Ron Paul has suggested that they be used to combat the Somali pirates.

This patriotic association led to a more positive portrayal of privateers than of pirates in fiction; meanwhile, as genuine piracy faded it became easier to see the pirate as a romantic figure. Finally, Hollywood cheerfully mixed pirates and privateers together in films such as Captain Blood, whose title character is a genuine pirate but is portrayed as acting in a just cause. Since that time most portrayals of pirates in fiction have either been heroic, in the Errol Flynn mode, or comic, like the title characters in the Gilbert and Sullivan operetta The Pirates of Penzance. (Captain Jack Sparrow, the protagonist of Disney’s recent blockbuster Pirates of the Caribbean movies, is both a heroic and comic pirate by turns.) 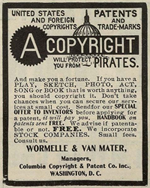 Still, into the 1980s to call someone a pirate in real life was unambiguously negative. For instance, when Ace Books published an unauthorized, but not technically pirated, paperback edition of J.R.R. Tolkien’s The Lord of the Rings in 1965, the accusation of piracy was enough to make them cease publication and pay royalties to Tolkien. But when computers were first brought into the home, with hobbyist kits such as the Altair 8800 and the original Apple, they brought with them an underground sensibility: these early PCs were not the products of corporations but of people like Apple founders Steve Jobs and Steve Wozniak, both of whom had had been “phone phreaks” dedicated to hacking the telephone system. Most early owners of personal computers were hackers, or at least hobbyists – you had to assemble the Apple I yourself – and there was a shared do-it-yourself attitude to enterprises such as the Homebrew Computer Club, of which both Jobs and Wozniak were members. While buying hardware was a necessity, the notion of paying for software was new and even mildly ridiculous in this culture: programmers had been swapping and sharing their work since the 1960s. As a result, software piracy was endemic from the birth of the personal computer industry (an early issue of the Homebrew Computer Club newsletter, from 1976, contains a letter from a young Bill Gates complaining about the pirating of MS BASIC.)

As software makers struggled to find ways to prevent piracy, overcoming copy protection, or “cracking,” became a recognized skill: early crackers, far from concealing their work or feeling shame over it, trumpeted their achievements in “crack screens” which replaced the launch screens of copied games. Software piracy was justified as a demonstration of skill and a fight to maintain the computer industry’s anti-corporate roots. Unrepentant software pirates clearly saw themselves as privateers, an attitude still found today in groups such as The Pirate Bay, who have expanded to pirating all sorts of content such as music, film and other media that have been digitized.

Maritime piracy had some significant effects on history: as well as its role in ending US isolationism (the United States’ first overseas venture was a war against the Barbary Corsairs who operated off the coast of North Africa, an event commemorated in the Marine Corps’ hymn that promises to fight “to the shores of Tripoli.”) it also was important in the early development of international law, with piracy being a major issue on the table at the 1815 Congress of Vienna. Online piracy may have similar effects: nations that are home to the largest producers of intellectual property, such as the United States, have pressured other countries to take tougher stands on copyright violations in the same way that nations were once urged to stop paying tribute to the Barbary Corsairs. For instance, Michael Geist reports that Canada has been under pressure from the United States to deal with copyright issues through the Anti-Counterfeiting Trade Agreement rather than the less punitive World Intellectual Property Organization.

Just as there were disagreements between and within nations about how to deal with pirates, so too has this issue been contentious: a punitive law proposed by French President Nicolas Sarkozy, which would have denied Internet access to anyone caught downloading copyrighted material illegally, was recently defeated in the French parliament. The effects of online piracy, meanwhile, are already being felt on the cultural industries: declines in DVD sales and dramatic drops in music industry profits. As with the Somali pirates, there is little agreement on how to combat online piracy: with force, by making it more difficult, or by finding alternate means of distribution that will be less prone to piracy (computer game developers have largely abandoned PCs in favour of consoles such as the Xbox and Wii, whose cartridge-based hardware make them much harder to pirate.)

How will piracy shape the Internet and the cultural world of the future? Most Internet users, already accustomed to getting their content for free, see little moral dimension in viewing or downloading pirated content. The biggest difficulty facing industry in dealing with online piracy is the lack of public support. Just as some of the Somali pirates have used anti-colonialist rhetoric to justify their actions, claiming that pollution from commercial vessels has made it impossible to fish their coastal waters, groups such as The Pirate Bay have drawn arguments from the free culture movement, a school of thought epitomized by the Creative Commons organization.

Creative Commons, though, is about creating something new from existing material, not just copying it. The pirates, on the other hand, are conflating (in the words of free culture guru Richard Stallman) “free as in speech” with “free as in beer” – couching their desire for free stuff in the ideals of free expression. Large intellectual property owners have contributed to this confusion, lumping pirates in with remixers and those who use copyrighted material incidentally. IP owners are similarly indiscriminate in their attempts to enforce copyright and aim their attacks at any target they can find, such as the parents whose home video of their child dancing was removed from YouTube because a Prince song was playing in the background. With heavy-handed tactics like these, it’s no surprise that pirates win more support than their targets.