Skip to main content
Submitted by Matthew Johnson on 14 Jul 2016. 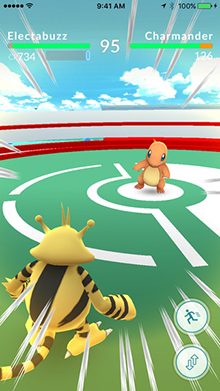 Over the last week our world has been invaded: cute cartoon creatures can now be found lurking in parks, restaurants, museums, and even people’s houses. If you haven’t seen them, it’s because they’re only visible on a smartphone screen, and only if you’re playing the new game “Pokémon Go”.

While most parents are probably at least a bit familiar with the thirty-year-old Pokémon franchise, Pokémon Go is something new: the first widely popular alternate reality game (ARG). These games use GPS and similar location-finding technologies to overlay a game onto the real world. As a result, both public spaces and news stories have filled up with people looking to “catch ‘em all.”

Although most people playing Pokémon Go are probably adults, Pokémon’s popularity among kids means that many of them will want to play it too. Here’s a quick rundown on what to consider if your kids ask if they can play: 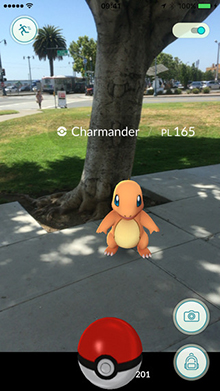 Probably the biggest benefit of Pokémon Go is that it’s a game designed to get you outside and walking. The game won’t show you any Pokémon if you’re going above a certain speed (to keep people from playing while driving) so looking for Pokémon means doing it on foot. The game’s developers put many important features at local landmarks, so it’s easy to use a Pokémon-hunting session to learn more about your neighbourhood and justify trips to museums, art galleries and historical places. Finally, because everyone is playing on the same “board”, Pokémon Go can be a social experience, as players meet and share what they’ve learned about Pokémon and other features in their neighbourhoods.

Most of the risks of Pokémon Go are really the risks that come from going outside: looking for Pokémon can lead players into places they’re not familiar with, while most of the interactions players have had with others seem to have been positive there have been a few reports of arguments (and at least one robbery.)

The game itself does create some additional risks, though. Keeping an eye on the screen can be distracting, and can keep you from noticing risks around you, as well as making it more likely to trip or bump into things. Some players may be tempted to play the game while bicycling (which seems to be below the game’s “speed limit”) which is obviously a bad idea. In crowded places the appearance of a popular Pokémon can lead to unsafe behaviour as a lot of players try to go to the same place. Because you get rewards (such as new Pokémon) unpredictably, the game has the potential to be habit-forming, and while it’s normal for kids to get deeply into new activities for a while you should make sure it’s not interfering with their relationships with friends or family or with their schoolwork, nutrition or hygiene. As well, some game features have been placed on private property, and players need to be respectful of that. 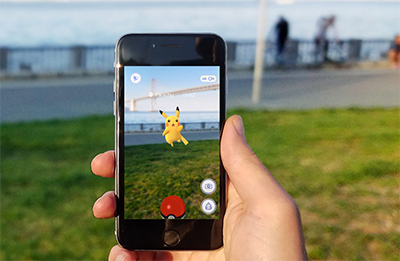 Like most apps, the game does collect data about users, in particular their GPS location at any given time. If you do allow your kids to play the game, though, it’s important to make sure you’ve downloaded the real version from the iStore or Google Play store: at least one fake version has been found that includes malware. If older kids are playing it while using social networks, tell them not to post any Pokémon finds that reveal their location until they’re back home.

There are some financial concerns with the game as well. Like most mobile games, it allows you to use real money to buy things you can’t easily find in the game, as well as lures that draw Pokémon to you. Decide ahead of time whether you’re going to allow your kids to buy things in the game: if you are, you can either buy your child a gift card or make sure you’ve turned off in-app permissions to make sure they stick to the limit you set:

Finally, the game does use a lot of data. Make sure you’re aware of how much data use will cost you and set a time limit based on that.

I am in need of pokecoins and pokeballs. I tried this hack tool but it’s not working. can someone please check and tell me if it’s real or fake?

Usually, if something seems “too good to be true” it is. You should run an antivirus program on your device and then check out our cyber security consumer tipsheets (http://mediasmarts.ca/cyber-security/resources-parents-cyber-security) for ways to buy things online safely and legitimately.