Skip to main content
Submitted by Matthew Johnson on 03 Nov 2008.

The Web is full of great online resources for teachers and students, with new material appearing every day. With the arrival of National Media Education Week, teachers may be looking for fresh ideas to bring media education into the classroom. Here’s a quick overview of recently created (or recently discovered) resources that may help:

The Web is full of great online resources for teachers and students, with new material appearing every day. With the arrival of National Media Education Week, teachers may be looking for fresh ideas to bring media education into the classroom. Here’s a quick overview of recently created (or recently discovered) resources that may help:

One of the best resources for media studies classes is the Opening Shots Project, which provides shot-by-shot analyses of the opening shots of dozens of movies, from “Pan’s Labyrinth” to “His Girl Friday.” Best of all for classroom use, each analysis includes stills illustrating the shots being discussed. Jim Emerson, the project founder, explains its purpose this way: “Any good movie – heck, even the occasional bad one – teaches you how to watch it. And that lesson usually starts with the very first image… The opening shot can tell us a lot about how to interpret what follows. It can even be the whole movie in miniature.” Opening Shots Project is an invaluable demonstration of close reading of film. 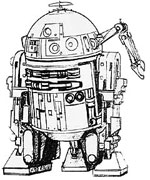 To see how a particular filmmaker’s vision evolved and changed over the course of a project, check out Starkiller: The Jedi Bendu Script Site, which focuses on the development of George Lucas’ Star Wars. This site houses several narratives explaining the process Lucas went through in creating the film, starting from his influences – ranging from Flash Gordon serials, which influenced the science-fiction setting, to Kurosawa’s The Hidden Fortress, which provided most of the movie’s plot – and explaining how Luke Skywalker went from being a grizzled and cynical old general to the innocent hero of the finished film. Not only that, but the site features several of Lucas’s original scripts– including an illustrated draft with early character designs – and even rejection letters from studios. 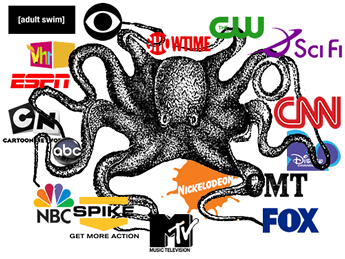 A key concept in media education is the idea that media have commercial implications – that the creation of media products is influenced by the corporations that create and distribute them. This can be a difficult idea to communicate to students, however, because of the complex web of corporate ownership surrounding most media companies, which keep the actual owner’s agenda distant from the final product. Two resources to help make this idea more concrete for students are The Columbia Journalism Review’s Who Owns What site, which provides a list of those media companies owned by major corporations as well as a series of articles on media ownership, and Who Owns What On Television?, which takes much of the same information and represents it graphically, showing the major media companies owned by General Electric, Time Warner, Disney, News Corporation, CBS and Viacom.

1. Using the Opening Shots Project as a model, have students analyze the opening scene of a film of their choice, examining it shot-by-shot to determine what the opening scene establishes about the movie’s tone, genre, mood, motifs and themes.

2. Have students read the original “Star Wars” story synopsis and compare it to the final movie. What characters, settings and themes are already present? What significant changes were made? Students will likely find that the original synopsis bears little resemblance to the actual film, at least on the surface. Have them speculate on why Lucas might have made some of the changes he did.

3. Show students the diagrams from Who Owns What on Television and ask them to consider the following questions: