Skip to main content
Submitted by Matthew Johnson on 29 Aug 2008. 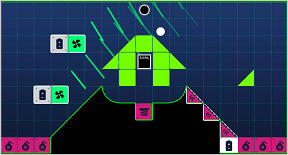 The Web is full of great online resources for teachers and students, with new material appearing every day. With the beginning of the school year approaching, teachers may be looking for some entertaining ways to help ease the transition from summer to classroom. Here’s a quick overview of recently created (or recently discovered) resources that may help:

Computer games are one of the media most enthusiastically adopted by youth, and one of the frontiers of both education and game design is finding ways to use games for learning. This site offers social studies teachers a downloadable game that teaches students about the tensions and power plays that went into early Canadian history, allowing players to control the Ojibwe, Huron, Mohawk, Algonquin, Montagnais, Mi’kmaq, Abenaki, French and English in the New France Period (1525-1763). Created under the supervision of a panel including Thomas Axworthy, Chair of the Centre for the Study of Democracy at Queens University, and Stephane Levesque, Assistant Professor of History and Citizenship Education at the University of Western Ontario, this is a well-researched and thoroughly entertaining resource on early Canadian history. It’s not, however, a stand-alone game: it’s a modification package for the PC game Civilization 3, so you need to have that game purchased and installed before you can play The History Canada Game. Luckily, the most recent version of that game is priced in the $30 range, with older versions available for as little as $10. The History Canada Game site also features music downloads, a community forum for discussing the game and the issues it raises with other players, and victory movies for each of the competing civilizations.

This game, hosted by the Science Museum in London, England, may remind players of a certain age of the abstract puzzle-style computer games of years past. As well as being a (sometimes fiendishly difficult) series of puzzles, though, Launchball is an excellent way of teaching principles of physics such as conductivity, elasticity, momentum, circuits, levers and planes, magnetism, the behaviour of light and more. (Perhaps the only criticism of it from a physics point of view is that it greatly exaggerates the importance of the Tesla coil.) As well as teaching specific scientific principles, Launchball teaches the scientific method itself: its beginning instructions are “Test and observe, Place your blocks, and See if it Worked.” Launchball is the rare example of an educational game that succeeds completely on both the educational and entertainment front. Adding even more value, Launchball includes a level-editing feature that allows users to create and share their own puzzles. Both playing Launchball and creating levels would be good science activities for late elementary, intermediate and even early high school classes.

For older students, this is a great way of starting a discussion about globalization and international development, making students look past the image and the advertising of the clothes they wear. Sim Sweatshop is definitely a game with an agenda: as the player assembles sneakers against the clock, she must constantly spend what wages she earns on food and drink to keep her energy level high enough to keep working (in a nice touch, the screen gets more and more fuzzy the less energy the player has). During and after the game the player is given the opportunity to get some background on the issues raised, with information provided from a variety of sources such as Oxfam and the book No Logo.