Skip to main content
Submitted by Matthew Johnson on 19 Feb 2009. 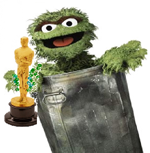 Will the recession depreciate Oscar gold? Promises of a leaner, more entertaining  ceremony have come to be as reliable as the first robin of Spring, but viewership continues to fall. Each year something new is tried to shake things up, in this case giving the actor Hugh Jackman the hosting duties. This is a role traditionally given to comedians, with the idea that there would be no conflict of interest as they were unlikely to be nominated for any awards. (Long-time host Bob Hope made a joke of this, saying that at his house they referred to the award ceremony as “Passover”; more recently the role has often been given to talk-show hosts such as Jon Stewart or Ellen DeGeneres.) The decision to give the job to Jackman was no doubt made in hopes of luring back female viewers, who have always been the event’s core audience.

Oscar’s problems, though, may be more than skin deep. A more fundamental reason for the decline in viewership may be that the Academy’s tastes rarely reflect that of the broader audience: while some of this year’s Best Picture nominees have performed well – the heavily-promoted The Curious Case of Benjamin Button has grossed over $100 million, Slumdog Millionaire nearly $90 million – none of the others have even hit the $30 million mark. This can’t be written off as part of an overall box-office slump: as often happens in poor economic times, people are actually spending more time and money at the movies. The best-performing film of 2008, The Dark Knight, earned nearly double what all of the year’s Best Picture nominees did combined. Nor is it simply that there were no commercially successful films to nominate: Wall-E received better reviews than any of the Best Picture nominees, scoring a 93 (out of a hundred) from the review-tracking site Metacritic, while only two of the nominees fared better than The Dark Knight.

The fate of these two films helps us to understand Oscar’s problems. Wall-E was almost universally praised by both critics and audiences alike, and represents a major step forward for Pixar, the studio that made it: with its long silent sequences and often-sombre mood, it’s the first of their films that is made equally for kids and adults, as opposed to being a kid’s movie that adults can also enjoy. The Dark Knight, meanwhile, for all its flaws, was a tremendously ambitious movie, with scenes and images to rival anything in last year’s nominees No Country for Old Men and There Will Be Blood. Both movies were being seriously talked up in the days before the nominations were announced, but one senses that in the end the Academy was more concerned about respectability than quality.

Fortunately, we can still use the Oscars as an opportunity to bring students’ attention to what’s good in film. Here are a few online resources that will help you channel Oscar buzz into productive classroom exercises:

Note: some of the video clips in the sites above may contain disturbing or otherwise unsuitable content, and some of these sites contain user comments that may be inappropriate for a classroom. Teachers are strongly advised to pre-select material for their classes to view and read rather than simply directing students to the sites.