Skip to main content
Submitted by Matthew Johnson on 01 Jun 2009. 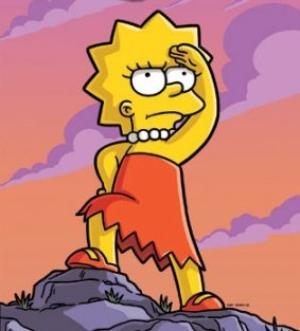 The last year has been an unusually busy one for watchers of gender representation in the news media, with not one but two high-profile women involved in the U.S. presidential race. The way in which these two politicians were covered provides a view of how gender in politics is portrayed in the media, and how this can help to explain just how unusual those two women are.

Let’s begin with a composite of media portrayals of the typical politician. Whether a portrayal is positive or negative, some characteristics occur in nearly all such portrayals: politicians are driven, confident, well-organized, committed to their cause (or else corrupt and beholden to special interests – but in that case still determined to achieve their purpose), and above all willing and able to achieve their goals through conflict. When these characteristics are embodied in a positive portrayal, the result is a character like The West Wing‘sPresident Bartlett: loyal to his principles, tough, clever and ruthless enough to get things done.

Now let’s turn to a composite of the female characters found in media, particularly the media most consumed by young girls. How many female characters on Nickelodeon or Family Channel have two or more of these characteristics? If a character has any of the traits on that list, can they show them openly, or must they (like Hannah Montana) hide them from their peers? Are they the characters whom the viewer is meant to hate, like the inappropriately-confident Sharpay of High School Musical? In order to find sympathetic characters with any of these traits you need to go to animation, and even then to shows for the very young (Dora the Explorer) or for adults (The Simpsons).

The problem is not only with the portrayal of women but also that of politics. Stereotyping politics as an essentially masculine endeavour creates an “echo chamber” that more-or-less guarantees that it will be practiced in a stereotypically masculine way. The U.S. Founding Fathers saw politics ideally as a part-time profession, so that one would both serve the public and be a part of it, but today politics is seen as a commitment that makes it nearly impossible to have a family life. Despite the aspects of democracy that make consensus-building necessary for success – whether it’s our multi-party Parliament or the U.S. government’s checks and balances – the narrative of politics is almost always one of conflict and conquest. In short, the media’s picture of politics is no more accurate than its portrayal of girls and women.

The treatment of Hillary Clinton and Sarah Palin in the recent U.S. presidential election is instructive. While each certainly received some legitimate criticism, many of the attacks on them had to do with gender: that they were insufficiently feminine as women, overly feminine as politicians, or both at once. Hillary Clinton received criticism for being too “cold” and “staged” – long analyses were written of her forced-sounding laugh, for instance – while at the same time having her candidacy trivialized by discussions of her wardrobe and fashion sense. Sarah Palin, meanwhile, was mocked for her past as a beauty pageant contestant (a memorable Saturday Night Live sketch suggested her contribution to the Republican campaign consisted of “fancy pageant walking”) and simultaneously attacked for her perceived shortcomings as a mother (her daughter’s unwed pregnancy, for instance.) Female politicians, in short, face a two-edged sword in the media, portrayed either as too feminine or not feminine enough.

There may be hope, however. As rough a ride as they received, Palin and particularly Clinton have made strides in forcing the media to take female politicians seriously, if in no other way simply by being serious candidates. In the less politicized role of Secretary of State, Clinton may – like House majority leader Nancy Pelosi – provide a model of a female politician whose two identities contain no apparent contradiction. Meanwhile, the media picture of politics itself may be changing, not due to a female politician but a male one: with his preference for consensus over conflict, his “team of rivals” leadership style, his emotional openness (as evidenced by his first, more personal memoir) and his active involvement in his family, Barack Obama may redefine our idea of just what a politician is.

The activity below is taken from the MNet resource The Girl in the Mirror. Click here to view the entire lesson.

Portrait of a politician

Based on a class discussion of the nature of politics and political action, ask students who would be able to succeed at politics as you have defined it. What characteristics would s/he have? What strengths or qualities would s/he need to succeed? Write the heading “Portrait of a politician” over the third column on the board and list the students’ suggestions below it. (Likely suggestions: a successful politician must be confident, forceful, willing to fight for what s/he believes in, good at tactics and strategy, persuasive, charismatic, well-organized, ruthless, a leader, inspiring, committed.)

Ask students if they know what the word stereotype means. With the class’s participation, explain that it means an idea of what a person is like based on what group s/he belongs to, rather than his/her individual qualities. To make sure students get the idea, ask if they know of any stereotyped ideas adults have of young people.

Ask students where stereotypes come from, and make sure that in the following discussion the media are listed as a source. Ask students what media products girls and young women consume. The list will likely include the following:

Once the groups have made their lists, write the heading “Female stereotype” on the fourth quarter of the board and collect the groups’ findings under it. Ask students: how many stereotyped qualities came from more than one source? Do some sources give substantially different pictures of what girls and women are like, or do the different media generally agree?

Have the class look over column three (“Portrait of a politician”) and column four (“Female stereotype”). Are there any qualities or characteristics that are found in both columns? (Probably not.) Are there any qualities or characteristics found in one column that are the opposite of those found in the other? (Examples: ruthless/caring; well-organized/ditzy; willing to fight/wants to please.)