Skip to main content
Submitted by Matthew Johnson on 20 Apr 2009. 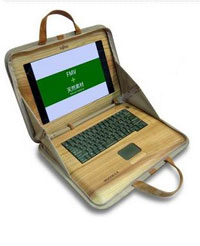 There’s an old urban legend called “the water engine,” which tells of the discovery of a way to turn water into fuel. There are variations to the story – sometimes it’s tap water, sometimes sea water; in recent versions it’s specified the fuel is nonpolluting – but the ending is always the same: the invention is suppressed by the oil companies, either by buying the invention and burying it or by forcing the inventor into ruin and suicide. One reason the legend has persisted so long – it’s been recorded as early as the 1950s, and probably dates to the first time someone grumbled about the cost of filling up his car – is because it confirms something we already believe, which is that the oil companies are evil and would rather murder a man and doom the world than sacrifice a dime of profit.

Today, of course, we know better: instead of suppressing the invention, oil companies would promise to develop it – sometime soon. (Remember the ad that ends with a single drop of water falling from a car’s tailpipe?) Now the name of the game, whether ads are selling cars, computers, paper towels or electricity, is to promote your product as being environmentally friendly, if not now then in the near future. Just like the water engine, though, many of these claims evaporate on close inspection.

The exaggeration of environmental claims is common enough to have a name, “greenwashing,” and to have provoked a backlash (The Guardian even has a column devoted to exposing it.) Few countries have specific regulations about what can be called “green,” but specific claims can be investigated; the U.K. Advertising Standards Authority received more than 500 complaints about environmental claims in ads in 2007. No product category is immune to the green appeal, from cars to household cleanser. Some of these claims are laughably thin – a Japanese SUV that’s advertised as being from the home of the Kyoto Accords – while some are harder to judge, such as claims by Procter and Gamble that washing dishes in a dishwasher uses less energy than washing them by hand. Green can be more grey in cases where the environmentally friendly option is simply less bad for the environment than its competitors, such as water that comes in glass bottles instead of plastic. (Those glass bottles, incidentally, don’t generally get refilled or recycled as bottles; instead they’re crushed for a variety of industrial uses.)

For high-end items, green is often more of a fashion statement than a genuine environmental commitment. Bamboo, for instance, is frequently touted as a green alternative to wood – it grows much more quickly, being a grass, and can be used to make paper or for many of wood’s other functions – but has found its most visible role as a veneer applied to high-tech items such as computers and stereos. It’s a visible (and stylish) way to say “I’m concerned about the environment” that recycled toilet paper just can’t match.

The biggest green fashion, of course, is for hybrid cars: automakers have retired their humble-but-honest gas-sippers and replaced them with design-conscious status symbols. Though you might brag about the mileage you get from one of these cars, they’re priced high enough that you’d have to be constantly driving to actually save money with them. Now automakers are scrambling to produce the next season’s fashion, which will make hybrids look old and dull, the all-electric hydrogen car. This is the car mentioned at the beginning of this article, which will have no emissions other than water, and be the quintessential green car – except that the electricity it runs on has to come from somewhere, and in North America that somewhere is most often a coal-fired plant. If it’s not, it’s likely to be a nuclear plant or else a hydroelectric dam, which the James Bay Cree can tell you is not necessarily environmentally friendly. The electric car is really a tool for pushing the environmental costs of driving out of sight and, automakers hope, out of mind.

There’s no question that consumers are keen to buy green: a recent study shows that over three-quarters of consumers identified themselves as “green,” 71 per cent of those surveyed said they were interested in buying a more environmentally friendly car, and just over half had made a purchase they identified as green in the previous six months. The disparity between those numbers – half again as many people said they made environmentally sound purchases as actually did it – suggests that for many people green may be no more than skin deep. Many people, it would seem, are happy to greenwash themselves.

For those who are serious about making a difference through their purchases, though, it can be tough to tell which green claims are legitimate. It’s worth trying: in our consumer society, what we buy has more influence on the world around us than nearly anything else we do. (Depending on where you live, it may count more than your vote.)

As with all advertising claims, the best defense is critical thinking and an understanding of how ads work. Fred Pearce, in the Guardian’s “Greenwashing” column, suggests a number of warning signs to watch for: vague claims, use of “nature” imagery in packaging, and profiles of scientists on staff working on green projects. For teachers, lessons such as Advertising All Around Us, Creating a Marketing Frenzy, Hype!, Scientific Detectives and the Marketing to Teens series offer a way to teach their students to view ads and advertising claims skeptically.

There are also a number of online resources available for the concerned consumer. The Competition Bureau and Canadian Standards Association has released an industry guide to making accurate environmental claims while the US Federal Trade Commission has prepared a report, “Sorting Out ‘Green’ Advertising Claims,” that clearly explains what different claims mean. Two Web sites, GoodGuide and Green Wikia, provide more information about specific claims and products. GoodGuide is a research-based site which studies and reviews products that make environmental claims, while Green Wikia is a collaborative “Wiki” project that aims to do the same thing. Both sites are free to use, and users can access GoodGuide’s data through mobile devices by texting a product’s UPC code.