Skip to main content
Submitted by Matthew Johnson on 23 Oct 2009.

Halloween is perhaps the most contradictory of the major holidays. Though born in Ireland and other Celtic regions, today it is almost exclusively observed in the form that developed in North America; though closely associated with the imagination, it has been thoroughly commercialized, becoming an opportunity for children to buy costumes and then acquire candy (today it is the second largest commercial holiday in the US, after Christmas); and finally, though it is the holiday most closely associated with children, it is also one that has, traditionally, been all about fear.

From its beginnings as the Celtic festival of Samhain, Halloween has been associated with death and the supernatural: it marked the passage from the “light half” of the year to the “dark half” and was seen as a time when the border between this world and the next grew thin. Perhaps for this reason, it was associated with a variety of masking and divination practices, many of which still happen today. Interestingly, trick-or-treating, at least in its current form, is one of the most recent aspects of Halloween. Derived from a tradition practiced by adults, it was – along with wassailing at Christmas – one of a number of occasions each year when landowners were expected to give food and drink to peasants. It became more associated with children when Irish immigrants brought their traditions to North America in the late 19th century. Almost immediately, religious activists began objecting to the “diabolical” effects of the holiday on children, while doctors and community leaders urged parents to remove anything that might frighten children; since then Halloween has been both a playground and a battleground. 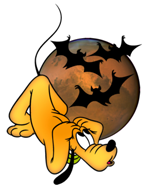 While Halloween today has been substantially defanged – you’re more likely to find a branded character from the most recent Hollywood blockbuster at your door than a ghost or a witch – part of its appeal to children undoubtedly comes from its association with fear. One of the things that appeals to children about the kind of frights provided on Halloween is that it is limited to a single night. It’s similar to a thrilling roller coaster ride, or to the experience of watching a horror movie for older children and teens: an opportunity to play with fear, experience the adrenaline thrill of it while keeping it safely contained. Masks or costumes provide another level of emotional safety, as do symbolic markers such as jack-o-lanterns: children can engage with the holiday as something other than themselves, and even their neighbourhood is transformed into a fantasyland.

Unfortunately, today’s media landscape provides an all-you-can-eat buffet of frightening TV shows, movies and video games, and children are unlikely to be able to judge in advance how frightening they will find a particular media product. As well, channels that appeal to younger children such as YTV and Teletoon often show TV shows and movies at this time of year that are more appropriate for older kids and teens. As a result, children can find themselves getting frights that are beyond what they’re able to handle.

How are kids affected by scary things?

What frightens children changes significantly as they age. One thing that remains consistent with time, as noted above, is the desire for frights to be contained to a particular context. What is perhaps most frightening for all children is images of grotesque transformations, which violate the boundary between fantasy and reality. Joanne Cantor, professor emerita and director of the Center for Communication Research at the University of Wisconsin-Madison, found in a survey that the most frightening image children had seen on TV was that of Bruce Banner turning into the Hulk in the TV series of the same name.

The ability to distinguish between fantasy and reality, however, does not develop until children are about six or seven; before that, children are as likely to be frightened by fantastic images as by more realistic ones. Young children may also be as affected emotionally by animation as by live-action film, so don’t assume that “Scooby Doo Meets Dracula” is a safer bet than Bela Lugosi.

In general, children younger than seven are most frightened by overtly grotesque images and stories where a child or a parent is in peril; older children, meanwhile, who might not be affected by ghoulish images such as witches or vampires which are clearly (and safely) fantastic, can be quite shaken by things that blur the fantastic quality of Halloween by invoking the real world. Psychological horror, frights that connect to their daily lives, and blood and gore can still frighten this age group. What is best are movies and TV shows that are safely contained in fantasy, or that contain clear cues that they are not set in the real world. 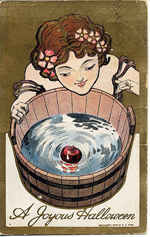 What parents can do

As always, it’s important to be aware of what your children are watching and playing. Don’t assume that a program is safe for your children to watch based just on the channel broadcasting it or the time that it’s airing. Whenever possible, watch potentially troubling content with your children, and be ready to talk to them about what they see.

If your household has children in a range of ages, be ready to provide alternative activities for younger children if your older kids want to watch something frightening, or use your DVD player or PVR for them to watch it after younger kids have gone to sleep.

Remember that both younger and older children are most frightened by things that violate the difference between the real and the unreal: if anyone in your household is wearing a potentially frightening costume or makeup effect, let your children watch it being put on so they aren’t scared by the transformation.

If you are taking young children trick-or-treating it’s probably best to do it during daylight, and emphasize the “dress-up” aspects of it over the potentially frightening elements. For kids who are still learning the difference between fantasy and reality, make sure to reinforce the idea that Halloween is a put-on – it’s a special night where we all pretend to believe in ghosts and goblins. Letting kids participate in things like carving a pumpkin and hanging decorations can help, and keep them clear of frights that might shock and surprise them. When you’re decorating, don’t use props or tricks that might frighten kids unless you’re able to control who encounters them.

Older children should be allowed to engage in “scary play,” since this is an important part of learning to manage fear, but make sure that they only do it with kids their own age and older, rather than frightening younger siblings or neighbours. Always respect your kids’ limits when it comes to frights and don’t let older siblings pressure younger ones into doing things they’re not yet ready to do, such as going out after dark or going to a stranger’s door.

Our Parents’ Section has more information on frightening TV content and how to deal with it.

The article “Questions to Ask Yourself Before Donning A Halloween Costume” provides parents and children with some tips to help find a costume that does not demean or stereotype people of any ethnicity or ability.

Our Tip Sheets “Helping Kids Cope with Media Coverage of War and Traumatic Events” and “Talking to Kids about Media Violence” contain lots of great information about how to tell if your children have been frightened or disturbed by media images and how to help kids deal with what they have seen.

Common Sense Media has detailed reviews of many media products, including tips on which are likely to frighten children.