While youth actively participate in copying, with 95 percent of students in a 2017 survey admitting to participating in some sort of cheating,[i] they have trouble seeing their acts of plagiarism as having a victim. Ultimately, if nobody is hurt then we are unlikely to feel empathy and without that it’s hard to see something as being morally wrong.

When we talk about plagiarism and academic dishonesty, we have to make students understand that they do have victims: the students themselves, of course, who rob themselves of what may be an important learning experience (would you want to be operated on by a doctor who cheated on his exams?) and also the other students in the class – in part because the more time a teacher has to devote to detecting plagiarism, the less they have to prepare lessons and help students.

Traditionally, the main way of dealing with academic dishonesty was through rules. That approach is less effective than it once was for a variety of reasons. One is that students may not necessarily understand how the rules relate to the different activities we’ve classed as plagiarism. As we’ve already seen, even those students who are aware that what they’re doing is against the rules often don’t feel that it’s wrong on an emotional level, which means that the main factor in deciding whether or not to plagiarize is how likely they are to get caught. What may be more effective than having strict rules against plagiarism is to implement procedures that make it more difficult. Rather than simply asking for a final project, for instance, teachers (and parents) can ask to see all of the different steps in a project, from research or brainstorming to the outline to the rough and then final drafts. The teacher doesn’t necessarily have to mark each one of these steps, but insisting that they be handed in gives more opportunities to catch plagiarism and makes it more difficult. You can also reduce plagiarism by having more, lower-stakes assessments instead of a smaller number of high-stakes ones; emphasizing developing mastery in a subject instead of stressing a single performance; and clearly explaining how you expect them to use sources in their work. Our student guides Your Connected Life (for secondary students) and On the Loose (for post-secondary) both include youth-friendly advice on how to use online research sources honestly.

According to Dr. David Rettinger, a professor at the University of Mary Washington, students “cheat just enough to maintain a self-concept of honest people…they make their behaviour an exception to the general rule.”[ii] Therefore, students are rationalizing their cheating so as to not feel guilty about breaking the rules. This reveals that even though students are cheating, they inherently know it is wrong and yet still continue to do it. Their rationalizations come from legitimate reasons twisted to fit their circumstance, such as being stressed, overwhelmed or not understanding an assignment. With students in high schools being natural risk takers developmentally, they do not think of the long-term consequences of their actions and so it is important they are educated about the victims of their cheating, as well as the effects it will have long term on their life. 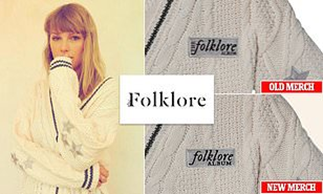 Another way to help students appreciate the issue emotionally is to get the idea across that plagiarism of any kind is disrespectful to the author. It can be helpful to draw parallels with other forms of copying that are more tangible and personal, such as the copying of work by independent artists and crafters; for example, when Amira Rasool, owner of clothing company The Folklore, suggested that the logo on merchandise promoting singer Taylor Swift folklore album was plagiarized from his company’s logo, Swift apologized and agreed to change the album’s logo to make it less similar.[iii]

To help students appreciate the issue of copying, you could position youth as content creators:

“Remember how you posted your stop-motion videos on YouTube? What if someone copied those, put them on their own channel and put ads on it? How would that make you feel? Is it fair?”

While youth culture has a strong effect on students’ attitudes towards plagiarism, home and school cultures may be even more important. When the main focus of parents and teachers is on grades, plagiarism is more common; but when more attention is paid to the value of the content and the learning process, rates of plagiarism drop.[iv]

Teachers can also communicate the values of their “class culture” through the assignments they give. The more heavily assignments rely on things like simple fact questions, rather than asking students to synthesize ideas and make evaluations, the more likely students are to plagiarize or otherwise cheat. Before giving out an assignment, it can be useful to ask whether students would be able to complete it if they only read a summary of the text rather than the text itself. If so, you may be able to show students that doing the assignment is a more worthwhile experience than stealing it.

If we approach academic honesty correctly, it’s not out of step with youth culture at all. Getting facts is a trivial matter today: what students need is to become skilled remixers of information. Just as a good remix takes different songs or videos and builds them into something new, an essay or other student work should use its sources as tools towards a larger purpose.

By treating students not only as consumers but also as producers of media, we can teach them to use sources in a transformative way.

Here’s a scenario that can help youth explore the issues involved: late one night, Nate is finishing an essay due the next morning when he discovers that he did not record the source for one of his most important facts. He’s unable to discover where he originally found it and doesn’t have any more time to put into it. Should he leave the fact out, even though it will weaken his argument and probably lower his grade; include the fact with a made-up citation; or include the fact but ask to be given more time to find the citation (which may also lower his grade)? Remember, it’s important that a moral dilemma not have a clear right answer, so that it gives youth practice in moral reasoning.

In terms of moral judgment, the most important thing is to get kids past simple considerations of risk and reward. We might ask students whether it’s fair to the other students for Nate to expect to be exempted from a rule that should apply to everybody, or whether it’s wrong to deprive the author of the original source of her right to be recognized for her work.

For younger children, we can use a more concrete example: Fiona and Dexter, students in the same class, are both working on an assignment to invent a superhero who will star in a short comic. Fiona gets to work right away and invents Monkey-Man, a superhero who can turn into a monkey. Dexter sees her working on her comic and starts drawing his comic, Lemur-Man. How close does Dexter’s imitation have to be before it’s wrong? Should he give Fiona credit or ask her permission? Is it worse if Dexter’s comic gets a better grade?

We can ask kids to consider how Fiona is likely to feel when she realizes Dexter has copied her and how that might make Dexter feel. We can also ask them to think about how other students will see Dexter if he gets a reputation as a copycat and to think about how much stress the assignment’s rules should put on originality.

[i] (2017). Plagiarism: Facts and Stats. Turnitin. Retrieved from https://www.plagiarism.org/article/plagiarism-facts-and-stats

[ii] Simmons, A (2018). Why students cheat – and what to do about it. Edutopia. Retrieved from https://www.edutopia.org/article/why-students-cheat-and-what-do-about-it

[iii] Nugent, A (2020). Taylor Swift changes ‘Folklore’ merchandise design after being accused of copying. The Independent. Retrieved from https://www.independent.co.uk/arts-entertainment/music/news/taylor-swift-folklore-merchandise-design-change-copying-a9646536.html

Your Connected Life: A Teen’s Guide to Life Online
Guide

Stay on the Path Lesson One: Searching for Treasure
Lesson Plan

Do the Right Thing
Tip Sheet

Stay on the Path

Stay on the Path: Teaching Kids to be Safe and Ethical Online is a series of resources that aims to promote and encourage ethical online behaviours with young people. The resources include a four-lesson unit on search skills and critical thinking; a self-directed tutorial that examines the moral dilemmas that kids face in their online activities and strategies for helping youth deal with them; and three tip sheets for parents on how to teach kids to be safe and ethical online.