Media education can help young people put current images and messages about Indigenous people into perspective by helping them understand how the media work, why stereotyping exists, how decisions are made and why “it matters who makes it.” Media education is not about learning the right answers; it’s about consuming media images with an active, critical mind and asking the right questions.

Stereotyping and under-representation of Indigenous people in media have a long history, but Indigenous people have pushed back against those portrayals since the beginning. In 1913, Chauncey Yellow Robe, a Lakota actor, criticized how Indigenous people were portrayed in silent movies and in Wild West shows (staged rodeos that were the forerunners of Western movies), saying they showed Indigenous people as “the lowest degree of humanity… exhibited in every motion picture theater in the country.”[1]

Just as those misrepresentations persist today, so does the need to critique and push back against them. As Anishinaabe journalist Jesse Wente puts it, “while liberation of mind, body and land is the ultimate end, it first begins in the mind and in the culture, where colonialism’s hold can be most insidious.”[2]

Here are a few examples of the types of questions that could lead to a better understanding of the Indigenous representations depicted on TV and in movies:

Who selected or created these images and stories? Why does it matter who made these selections?

The first lesson in media education is that nothing is objective—each and every media production is created with a viewpoint and for a purpose. The “reality” depicted in film or television productions is the result of many choices and each of these choices is based on the experience, knowledge and bias of the producers involved. More important than any conscious choices are the questions media makers don’t ask – the things they believe they already know. When Indigenous people are not involved in making shows, movies, news coverage or other media featuring them, it shows. 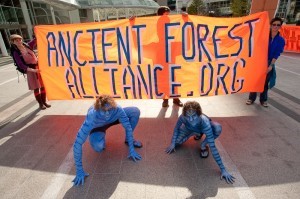 It’s also important to understand that media can have very different meanings depending on who made them. Marginalized groups may “reclaim” stereotyped portrayals for their own purposes. For example, while the alien Na’vi of the movie Avatar were widely perceived as an example of the “noble savage” stereotype, Indigenous activists have used them to draw attention at protests against the logging of old-growth forests.[3]

Who is interviewed on a current affairs program? Which “experts” are chosen for sound bites on an issue? Whose perspectives are ignored completely? When Indigenous voices are heard, is it only on Indigenous issues, or are their voices also heard on issues affecting society as a whole? If Indigenous characters or cultures are represented in a media text, have the creators of that text made significant efforts to consult with those communities, as Disney did when making Frozen II and Moana?[4]

The question of whose voices are heard isn’t just important in mass media. While digital technology has made it easier than ever for people to make and share their own media, Indigenous communities often do not have access to the tools or the bandwidth needed[5] and Indigenous youth receive less support in learning digital literacy skills.[6] Even when they do have access, if the online platforms where they share their work – whose ownership and workforce remain overwhelmingly white[7] – do not provide sufficient moderation and tools to push back against hate speech, they may fall silent in the face of online harassment.[8]

Why are certain stories selected for the news and others not?

A ground-breaking land treaty may get much less coverage than a group of Indigenous people setting up a blockade. Blockades and the potential for violence have visual appeal for television; men and women negotiating around a table doesn’t. Likewise for sensational stories on murders, prostitution and drug abuse: they keep the ratings up, and high ratings mean good advertising revenues. Newscasts have to move along quickly and stereotyping is a kind of shorthand that people can comprehend without explanation. Understanding how the news works isn’t going to change the news, but it does help kids understand that “newsworthy” stories are not necessarily the most important stories. Comparing the news coverage of APTN with that of a national television network provides a strong lesson in media voices and behind-the-scenes decision-making. Similarly, the documentaries featured in the CBC series Keep Calm and Decolonize showcase the diversity of Indigenous voices.

Are Indigenous people shown as real human beings in films and TV programs or do they seem wooden and two-dimensional?

Media producers, especially those in Hollywood, have used Indigenous people to tell white people’s stories for generations. Rarely are Indigenous characters given complex personalities or autonomous roles. Rarely do they rely on their own values and judgements or act upon their own motivations. Although efforts have been made to undo this tradition, old stereotypes die hard.

Do depictions in movies and TV shows respect tribal, cultural and regional differences?

Anyone with knowledge of the various Indigenous cultures will pick out outrageous and often amusing inaccuracies—tipis where longhouses were used, horses where foot-and-canoe travel was the norm, feather headdresses on the Pacific coast. Distinctions in dress, language, abodes and beliefs of the many Indigenous cultures are often ignored in favour of a shorthand that “speaks” to the audience. This may be due to laziness, ignorance or the desire to use visual props that will be recognized by audiences and visually arresting onscreen.

Do Indigenous people speak in a “normal” way?

A convenient convention of the old Westerns was to have Indigenous people speaking in broken English, their thoughts and emotions restricted to their limited knowledge of English (and, it was usually implied, to their limited intellect). This tendency toward simplification has extended in some degree to modern-day characterizations of Indigenous people. If set in the past, the script should at least show Indigenous characters speaking fluently in their own languages. There are over 350 different North American Indigenous languages—a fact unacknowledged by the film industry.

Did the North American Indigenous only exist between 1830 and 1880 and only on the American Plains?

With few exceptions, Hollywood seems to have thought so. Indigenous tribes flourished for thousands of years before the coming of Europeans and today there are over a million Canadian Indigenous people and nearly two million Indigenous Americans—some living on reserves and others living in rural and urban communities. Where and how are their realities in today’s society depicted by the media?

The Indigenous Ally Toolkit recommends the following ways that the media industries and individual creators can be positive allies to Indigenous artists and communities:

A good example of non-Indigenous media makers “passing the mic” is the APTN/CBC show Letterkenny, whose producers encouraged the Indigenous actors to select their own costuming and rewrite their own lines to make them more authentic, including speaking some dialogue in Kanien’kehá:ka (Mohawk). The actors’ contributions don’t only come after the scripts have been written, either: the producers consult all of the show’s performers, including the Indigenous actors, between the outline and script stages to give them a chance to give feedback on both cultural and artistic elements. As a result, dozens of tiny details drawn from Indigenous life and culture, such as costume pieces by Indigenous designers or characters using their lips to point, make it to the screen.

Kaniehtiio Horn, a Mohawk actor who plays the character of Tanis, puts it, “I’m making a little bit of a difference in how people might view us or perceive us, and people don’t even realize they’re getting all of these messages in this silly Canadian comedy.”[10] 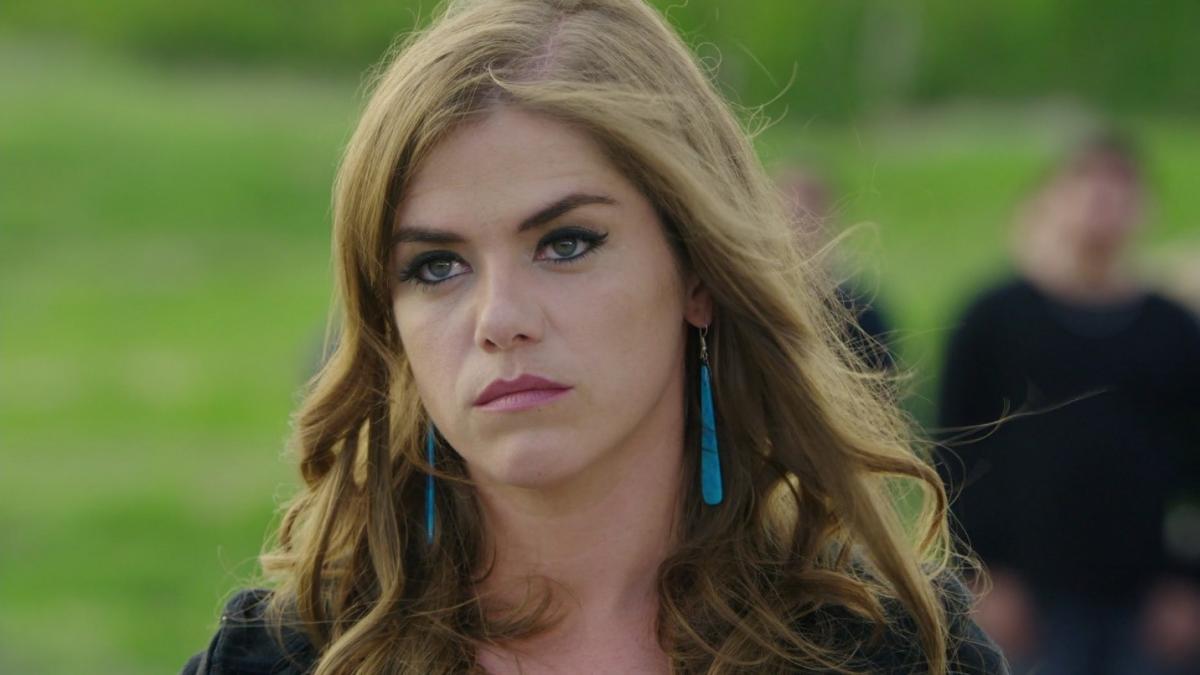 Kaniehtiio Horn as Tanis in Letterkenny

Media education also includes empowering young people to push back against stereotypes and other misrepresentations in media – as Elizabeth LaPensée did when she got the stereotyped and pornographic game Custer’s Revenge removed from the internet[11] – and to use digital tools to make a difference in their online and offline communities:

[7] Dirksen, A. (2020) “Decolonizing Digital Spaces.” Published in Citizenship in a Connected Canada: A Research and Policy Agenda, Dubois and Martin-Barieteau, eds. Retrieved from https://papers.ssrn.com/sol3/papers.cfm?abstract_id=3620179

[10] Boutsalis, K. (2020) “How Letterkenny Got Indigenous Representation So Right.” Flare. Retrieved from https://www.flare.com/tv-movies/letterkenny-indigenous-representation/