Generations of North American children have grown up watching “cowboys and Indians” films and TV shows and reading books such as The Adventures of Tom Sawyer and Little House on the Prairie. Popular films and novels reinforced the notion that Indigenous people existed only in the past—forever chasing buffalo or being chased by the cavalry. These images showed them as destined to remain on the margins of “real” society. Such impressions and childhood beliefs, set at an early age, are often the hardest to shake: as Anishinaabe writer Jesse Wente explains, “In the absence of appropriate representations of Indigenous Peoples in the media, misrepresentations become the accepted ‘truth.’”[1]

Problematic portrayals remain an issue today, not just in movies and on TV but in video games, a medium particularly popular among Indigenous youth. Métis writer Naithan Lagace points out that games largely “re-enact images found in Hollywood movies, television series and comic books” that contributed to “the Othering of Indigenous cultures, traditions, communities through representations now known as the ‘Noble Savage, ‘Red-Skinned Redeemer’ and the ‘Bloodthirsty Savage,” and perpetuate visual stereotypes that blur the distinctiveness of Indigenous cultures, such as showing all Indigenous characters as wearing buckskins, feathered headdresses and war paint.[2]

When the existence and value of a group of people is not affirmed by inclusion in media information and entertainment, the message is clear—they’re not important. In the words of Jeremías Tunubalá, a leader of the Guambiano (a Central American Indigenous people), “through the folklorisation, the exoticisation and the banalisation of indigenous people, the media normalise and sanction exclusion and erase differences among various indigenous cultures.”[3]

Sports are another area where highly stereotyped depictions of Indigenous people persist: “Indigenous people are the only humans that are cast as mascots and as team names,” Jesse Wente explains. “You don’t see this, actually, with other peoples. They are mostly named after animals, and it’s important to consider that most of the negative effects and negative purpose of much of the mis-portrayals in the media are dehumanization of Indigenous Peoples, so that being named mascots suddenly becomes acceptable to the wider population.”[4]

If the media’s take on Indigenous people is interpreted at face value, then young people are growing up with a biased vision of what it means to be part of an Indigenous community. This can also impact how Indigenous youth see themselves. As one witness to the National Inquiry on Missing and Murdered Indigenous Women and Girls testified, “I used to hate my people, like how come we were supposed to be these bums, but I didn’t know … I thought these people who were telling me about who we were as a people was the truth. It wasn’t the truth, right?”[5]

Despite the under-representation of Indigenous people in media, new portrayals are often viewed with skepticism. Anishinaabe/Métis critic and game designer Elizabeth LaPensée described her experience with Indigenous characters in video games as feeling like “there’s a part of you that is just so excited a native character is being represented at all, but at the same time, there is always this mix of stereotypes.”[6]

While negative portrayals have an impact, more accurate and positive ones can, as well. Charitie Ropatie, a Yup’ik university student, said that when she and her friends first watched the cartoon Molly of Denali “We were crying. We realized we finally had positive representation… my siblings, Native youth and myself can see ourselves in it.” This kind of representation, though, requires a real commitment on the part of the producer: Molly of Denali has over 60 Indigenous writers, producers, musicians and advisors working on the show and cast only Indigenous actors in Indigenous roles.[7] 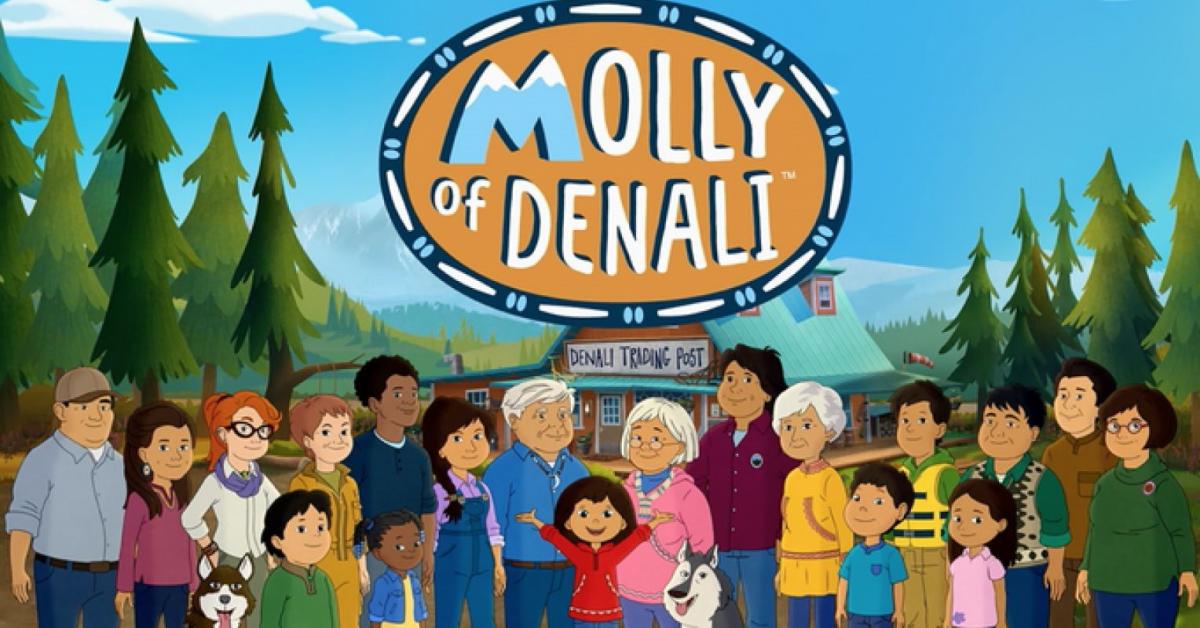 In the same way, community initiatives to increase visibility can help overcome the perception of Indigenous people as a “vanished people,” and show “that the First Nations people are still here. We’re still on their land. We share it but we’re still on their land.”[8] For example, a joint effort by the Ogimaa Mikana project and the Castle Business Improvement Area placed Anishinaabe names on Toronto street signs.

In Canada, new sensitivities and support for cultural diversity have brought some positive changes. Indigenous children are periodically featured or interviewed in children’s after-school television; for years the National Film Board has made films that document current Indigenous life; the CBC has broadcast many successful dramas focusing on Indigenous communities; and Indigenous entertainers have been “going mainstream” for two decades (see Indigenous expression in the arts and media.) These measures, along with the establishment of Indigenous television and radio networks, all contribute to a more balanced view and more diverse voices.

Practically speaking, though, these voices still represent only a small proportion of the popular media that kids consume today. The evening news, the images in sports-culture hype, the products of the Disney empire and the misrepresentation (and non-representation) of Indigenous people in most mainstream media all continue to influence views of Indigenous cultures and people, making it as important as ever to equip young people with the media literacy skills they need to recognize and confront stereotypes and under-representation and to make media that reflects their own experiences, culture and identity.

[5] Sandra L. Cree/Dakota. (2019) Testimony to the National Inquiry into Missing and Murdered Indigenous Women and Girls.

That’s Not Me: Addressing diversity in media
Blog entry