The belief that “thin is beautiful” is pervasive in our culture. 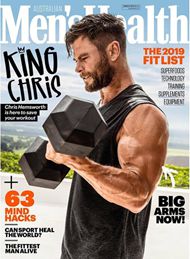 It has been documented in children as young as three,[1] but it is adolescents who appear to be most at risk for developing unhealthy attitudes towards their bodies based on this perception. At a time where young people are focused on developing their individual identities,[2] they are also highly susceptible to both social pressure and media images,[3] which can have a profound effect on how they see their bodies.[4]

Having poor body image can have numerous negative effects: one of the most common is lowered self-esteem, which carries with it its own associated risks. The Dove Global Beauty and Confidence Report found that when young people do not feel good about the way that they look, “7 in 10 stop themselves eating or put their health at risk in other ways”. This low self-esteem can also have profound effects on their future, with 17% of women with low confidence saying that they would not attend a job interview.[5]

Poor body image is also connected to bullying,[6] with youth who have poor body image more likely to be perpetrators or targets of bullying behaviour.[7] (See our resources on gender stereotyping and cyberbullying for more on how to deal with this issue.)

Traditionally seen as more of a girls’ issue, a growing body of research has emerged exploring body image and boys. For example, a 2012 study found that 50 per cent of both boys and girls in Grade 10 felt that they were either too thin or too fat.[8] An Australian study revealed that body image issues in men were related to a lower quality of life in men as well as women. [9] 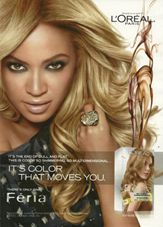 In the past, ethnicity was considered a protective factor, with Black girls and women reporting less body dissatisfaction. However, the protective effects of culture and ethnicity may no longer hold. Recent research has shown that even cultures that have traditionally had positive views of larger bodies, such as Mexico and Samoa, have begun to adopt the thin ideal[10] and Black models, entertainers and social media influencers are often expected to conform to White standards of thinness and attractiveness.

In a world where pervasive media images fuel unrealistic expectations about how we should look – and dissatisfaction if we fail to make the grade – it is vitally important that both girls and boys be taught the media literacy skills they need to critically engage with media representations of male and female bodies. The following sections explore the role various media play in influencing our perceptions about how we look and the role that media education can play in changing these representations and perceptions