Images of female bodies are everywhere, with women and girls – and their body parts – selling everything from food to cars. Popular film and television actresses are becoming younger, taller and thinner. Women’s magazines are full of articles urging that if you can just lose those last twenty pounds, you will have it all: the perfect marriage, loving children, great sex, and a rewarding career. 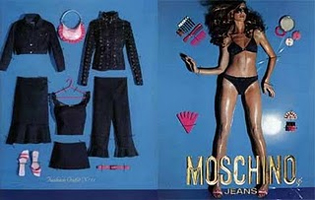 Why are these impossible standards of beauty being imposed on girls, the majority of whom look nothing like the models that are being presented to them? The causes, some analysts say, are economic: by presenting a physical ideal that is difficult to achieve and maintain the cosmetic and diet industries are assured continual growth and profits. (It’s estimated that the diet industry alone brings in $60 billion (U.S.) a year selling temporary weight loss, [1] with 80 per cent of dieters regaining their lost weight.) [2] Marketers know that girls and women who are insecure about their bodies are more likely to buy beauty products, new clothes, and diet aids, and a whole media industry has developed around fuelling body dissatisfaction. 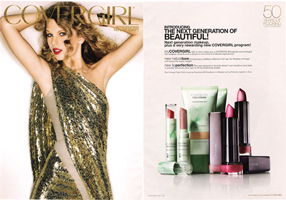 These messages are so powerful and widespread in our culture that they affect girls long before they are exposed to fashion or beauty ads or magazines: three-year-olds already prefer game pieces that depict thin people over those representing heavier ones, [3] while by age seven girls are able to identify something they would like to change about their appearance. [4] These attitudes only get more powerful as girls get older. In one survey nearly half of nine- to twelve-year-old girls said they wanted to be thinner and had either been on a diet or were aware of the concept of dieting. [5]

The effects of exposure to these images go beyond influencing girls to buy diet and beauty products. Research links exposure to images of thin, young, air-brushed female bodies to depression, loss of self-esteem and unhealthy eating habits in girls and young women: in one study half of girls ages 16-21 said they would undergo surgery to improve their bodies. [6] Poor body image may have even more serious consequences as well: a 2009 study found that girls who were unhappy with their bodies – whether they were genuinely overweight or not – were significantly more at risk for attempting suicide. [7]

Media activist Jean Kilbourne concludes that, “Women are sold to the diet industry by the magazines we read and the television programs we watch, almost all of which make us feel anxious about our weight.” [8] The barrage of messages about thinness, dieting and beauty tells “ordinary” girls that they are always in need of adjustment—and that the female body is an object to be perfected.

Kilbourne argues that the overwhelming presence of media images of painfully thin women means that real girls’ bodies have become invisible in the mass media. The real tragedy, Kilbourne concludes, is that many girls internalize these stereotypes, and judge themselves by the beauty industry’s standards. This focus on beauty and desirability “effectively destroys any awareness and action that might help to change that climate.” [9]

Given the serious potential consequences, it is essential that girls and young women develop a critical understanding of the constructed nature of media representations of women’s bodies and the reasons why these images are perpetuated. More importantly, they need to be empowered to challenge these representations and advocate for more realistic representations. Because girls’ exposure to these messages starts so young, it is also vital that this education starts at an early age.