Skip to main content
Submitted by Matthew Johnson on 14 Apr 2008. 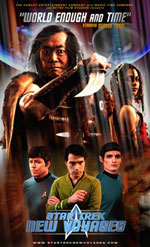 Note: this is the second in a series of columns looking at the history and future of Web 2.0.

In the last instalment of this series we examined the origins of the Do-It-Yourself (DIY) ethic and some of the issues around the definition of “user-created content.” Turning from the theoretical to the practical, we’ll now take a look at just what is actually out there, and begin to examine some of the ethical and legal implications.

Mashups. Perhaps the most well-known type of user-created media is the mashup, a mixture of two (or more) pre-existing works to create something new. The most famous of these is TheGrey Album, a mashup of vocal tracks from Jay-Z’s Black Album with samples from the Beatles album The Beatles (better known as “The White Album” due to its all-white jacket). The Black Album tracks had actually been released by Jay-Z with the intention of making it easier to remix them, pointing to hip-hop culture as another forebear of the modern DIY movement. It’s long been standard practice for hip-hop artists to encourage remixes by releasing their vocal tracks, as Jay-Z did, in the hopes of building word-of-mouth and encouraging fan involvement. Unlike most remixers, though, the producer Danger Mouse (a pseudonym for London DJ and producer Brian Burton) did not lay his own beats onto the vocal tracks but rather used samples from The Beatles.

The Grey Album episode included many elements that were typical of the mashup as a whole, so it’s worth exploring this in detail. To begin with was the legal issue: EMI, which owns the copyright to the Beatles tracks used, served Burton with a cease-and-desist order when he began distributing copies of the album. Although Burton complied, by that point several people who had received copies had uploaded them onto the Internet. When many of these download sources also received cease-and-desist orders from EMI one of them, a site called Downhill Battle, organized an event called “Grey Tuesday” to protest. On February 24, 2004, more than a hundred Web sites offered the album for download for a twenty-four hour period. This signalled a new activism within the online community, advocating for the right to use samples without obtaining permission from the rights holders. We’ll be looking at this issue in greater detail in a later instalment, but for now it’s worth noting that the owners of both the recordings and the songs themselves are corporations – EMI and Sony. It would be interesting to know what the reactions might have been if the Beatles themselves had still owned the rights to either one.

Another issue illustrated by The Grey Album (and a legal concern, as we’ll see in a later column) is the attitude that mashups are not original works of art, but rather the musical equivalent of Mad Libs or Paint-by-Numbers. It’s true that The Grey Album inspired many mashups that were, well, less inspired – but the trick in many works of art is to make it look easy. In fact The Grey Album received notice for more than just novelty. The New Yorker profiled Burton, looking in detail at the effort that had gone into the album’s creation, and it was named the best album of 2004 by Entertainment Weekly. Despite the crudeness implied by the term “mashup”, the album’s creation took considerable finesse: “It would have been easy just to slap the vocals over music of the same tempo,” Burton told the New Yorker. “But I wanted to match the feel of the tracks, too.” In an interview with MTV Burton said that the album took him two weeks of non-stop work: “The first thing the producer did was listen to The Black Album a cappella and measure the amount of beats per minute for each track, a common technique for club DJs who seamlessly mix music together. Next, he scoured all 30 songs on The White Album, listening for every strike of a drum or cymbal when other instruments or voices were not in the mix. Most were single sounds, which he would later put together to make beats.”

Although most mashups are still done with songs, the idea has spread to other media as well. Mashup videos – mostly short clips – range from the satirical to the simply silly: from If Dick Cheney Was Scarface, which puts dialogue from that movie into the Vice President’s mouth, to Clint Eastwood’s The Office, which imagines the sitcom as made by the director of such violent movies as Unforgiven. While few of these have the inspired quality of The Grey Album, the mashup has become an established genre – and, for better or worse, the form most widely associated with online user-created media.

Fan movies. Taking things one step further are fan movies. These are original movies (some feature-length) that use characters and settings from pre-existing properties such as Star Trek and Star Wars. Although the writing of “fan fiction” is not new – it dates back at least as far as the early 1970s, when Star Trek fans began writing original stories following the cancellation of that series – it is only recently that fans have begun making video content. In part this is due to the availability of digital video cameras and editing software, but another cause is certainly the ability to make the films widely available through the Internet. Making even a short film, after all, is a complicated project, and if your only expected audience is your friends and family you’re unlikely to see it through. A fan film made today, though, might easily be seen by hundreds of thousands of people, and as a result some truly ambitious works have been created.

Fan movies fall into two broad types. The first is straight-forward fan fiction, “untold” stories that might easily fit within the canon of the particular property. An example of this is Star Trek: Phase II, which aspires to create a “fourth season” of the original series. Phase II, like most fan films of this type, treats the original material with something approaching reverence: it has, for instance, filmed scripts written by original series writers David Gerrold and D.C. Fontana. At the same time, these fan films often reflect the fans’ own interpretations and desired changes to the material; Gerrold’s episode, for example, is an adaptation of one he wrote for the Next Generation spinoff series and which was never filmed due to its dealing with homosexuality and AIDS.

The second type of fan film is humorous and satirical. This is often done by blending the original material with a more mundane element: Troops, the first of these films to get much attention, portrays Star Wars’ Stormtroopers in the style of the reality show Cops. Another, Chad Vader: Day Shift Manager, imagines the life of Darth Vader’s less ambitious brother. Though funny, these films are rarely satirical in the way that mashups often are: while less faithful than the fan fiction movies, these too show a tremendous affection for the original material.

Machinima is perhaps the least-known type of user-created media; it’s also the one most intimately tied to the online medium. That’s because machinima is actually made using existing computer programs – either animating characters in virtual worlds such as Second Life or using computer games to create narratives. (In some cases this is done through co-operative play – every user in a multi-user game agrees to act out their part in the story – and in some cases it is done through the “modding” functions of games like Doom, described in the last column.) Many machinima have a relationship to these games similar to that between fan movies and their inspirations; the machinima Red Vs. Blue mocks Halo in much the same way as Troops does Star Wars. Others use the game merely as a jumping-off point, such as the Busby Berkeley-style musical numbers staged within the multiplayer game Star Wars Galaxies (there has, inevitably, also been Star Trek machinima, most notably the feature-length Borg War.) Whereas fan films are essentially movies delivered through the Internet, machinima can best be compared to puppetry – or perhaps to the theatre. The machinima ethic of telling a story with already-available tools calls to mind the director Peter Brooks’ famous statement that “I can take any empty space and call it a stage.” In machinima, the game is the stage.

These three forms are really just the beginning of the user-created media available on the Internet; we haven’t addressed webcomics, one of the earliest kinds of online user-created media, or newer ideas such as Muxtape (a Web site that lets users submit and download mp3 “mixtapes”) and wikinovels. Nor have we touched on the user-created content that lets people “answer back” to the messages they receive from commercial media, such as the anti-violence game Soul Control.

It can be easy to dismiss user-created media; all too often it is juvenile, poorly made or obsessively focused on “fannish” material. Much of it is no different from what, in earlier generations, was filmed on Super 8 cameras or just acted out in living rooms However, as noted in the previous installment, the key difference is the use of Internet as a method of delivery. That is what allowed The Grey Album to be on many music critics’ top ten lists, allowed the fan movie Fanboys to be released by a major studio, allowed an episode of Star Trek: Phase II to be nominated for a Nebula (one of the most prestigious awards in science fiction) and allowed an Emmy-winning episode of South Park to be made using the online game World of Warcraft. In our next installment, we’ll look at a number of services which appeared to make user-created media more accessible to the less technically adept.

Thanks! If you haven’t already, please check out our French-language resources: www.habilomedias.ca.