In this section, we examine some concerns related to the movies kids enjoy and we offer tips for talking about problematic film content such as violence and gender and racial stereotyping.

Stereotyping in the Movies

Stereotypes are simple, one-dimensional portrayals of people—usually based on sex, race, religion, profession or age. All of us stereotype people to some degree as we try to make sense of the world.

Filmmakers often rely heavily on stereotypes, because they’re a quick and simple way to establish a movie character’s traits. Blonde women are dumb, for example; foreigners are villains, Mexicans are lazy, and blacks are great athletes. Teenaged characters are variously shown as sex-crazed, uncivilized, moralistic or shallow, and they tend to be lumped into groups of either popular kids or geeks.

The film industry today is more sensitive to issues of culture and gender than it once was, but many movies still perpetuate common misconceptions about groups of people. Such oversimplified and inaccurate portrayals can profoundly affect how we perceive one another, how we relate to one another and how we value ourselves. For more information, see the Diversity in Media and Gender Representation sections.

Because children have a limited experience of the world, they’re particularly vulnerable to being influenced by media stereotypes. Even animated movies have their share of stereotypes, because they’re familiar and easily understood. Those cookie-cutter Disney heroines are always curvaceous, have the same attractive features (regardless of race) and rarely take physical risks.

The kindly grandfather in Pinocchio, the wicked stepmother in Cinderella and the heroic male lion in the Lion King are all stereotypes known and understood by children.

We can teach children to recognize media stereotypes, and to understand how they influence us: 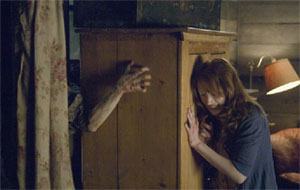 There has been a great deal of debate about the possible connection between violent behaviour in young people and their exposure to violent films, video games, TV programming and music.

Though a direct link between the two has not been conclusively proven, there’s a growing consensus that exposure to violent entertainment is one of the variables to be considered, along with others, including family stability, learning disabilities and personality—when examining the behaviour of children and teens. For more information, see the Violence section.

Kids are drawn to movies with scary themes, and watching “slasher” films is a rite of passage for teens and even younger kids. But being steadily exposed to violent images from an early age can have a lasting effect on young children.

With the many different platforms for watching movies today, young people have easy access to movies with graphic and gratuitous violence. As well, the media industries actively market violent entertainment to young children: the Campaign for a Commercial-Free Childhood found that PG-13 films, and toys connected to them, were routinely advertised on shows aimed at much younger children. [5]

There’s a reason why the movie industry produces so much violent fare: action films export well. Unlike dramas and comedies, which need expensive translation of their dialogue, action-packed movies make the transition to foreign languages and markets easily and cheaply. Even at home, their simplistic content means that violent films appeal to a broad range of ages. In North America and abroad, violence is profitable.

Parents and teachers can use the tip sheet Talking to Kids About Media Violence to discuss the different kinds of violence in films. Point out the distinction between realistic violence, which produces consequences (usually unpleasant), and gratuitous violence, which tends to glorify force as an appropriate response to conflict.

Managing Movies and Videos in the Home
Tip Sheet

Gambling in the Media
Lesson Plan

Advertising All Around Us - Lesson
Lesson Plan