Traditionally, most of the concerns about media and body image have revolved around girls, but more and more, researchers and health professionals are turning their attention to boys, as well. A growing body of research indicates that although boys are less likely to talk about their insecurities, they too experience anxiety about their bodies. [1]

Cultural expectations that guys have to be nonchalant when it comes to their physiques makes body dissatisfaction in boys more difficult to assess, but there is little doubt they are affected by media representations of idealized masculinity. As social media has made youth more active media makers, as well as consumers, boys have become more conscious of their own appearance. As one of the participants in MediaSmarts’ study To Share or Not to Share put it, “for guys especially, it’s better if you take a photo with that light to show that you have a jawline.” [2]

As advertisers increasingly turn their attention to young men as a lucrative demographic, it is unlikely that such representations are going to disappear any time soon. Other research has found a relationship between the increase in idealized male bodies in media and the rise in body dissatisfaction and weight disorders in boys and young men. A 2017 study, for instance, concluded that messages men are seeing online contribute to their body dissatisfaction because they promote rigid exercise and dietary practices aimed at producing the ideal muscular physique. [3]

Body dissatisfaction amongst boys and young men is fuelled not just by the idealized male bodies they see in media, but also by the idealized images of women that are represented. A 2009 study found that young men were more self-conscious about their bodies after seeing photos of sexualized, scantily-clad women, based on the belief that girls would expect similar idealized physiques from men as well. [4]  Dr. Alison Field, an associate professor of pediatrics at Boston Children’s Hospital, has found that Miss America pageants and Playboy centrefolds are not only asking girls to be thinner, but “men’s bodies are not good enough anymore either.” She blames men’s dissatisfaction with their bodies on the media portraying chiseled muscles and the rise of shirtless male scenes. [5] 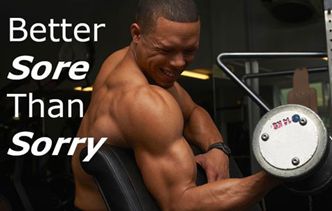 While the desire to be more muscular has been the focus in most of the research on body image issues among boys, recent evidence suggests that rather than focusing on building muscle mass, boys are most likely to focus on achieving or maintaining an average weight that is neither over- nor underweight, to avoid standing out from their peers. [12] As a result, boys who are unhappy with their bodies are almost equally likely to be concerned about being too thin as being too fat. [13] This suggests that the level of eating disorders and other body image issues may be higher than is currently thought, since researchers have traditionally measured body dissatisfaction in boys based on their desire for a more muscular build. It also suggests that interventions based on those that have been designed for girls may be less effective with boys: for instance, researchers found that BodiMojo, a website designed to help youth deal with body image issues, had positive results with girls but not with boys. [14]

This may be because while girls are typically open about being concerned with their bodies in general and weight in particular, boys are under pressure to avoid being too skinny or heavy while also under pressure to appear indifferent about how they look. [15] Julia Taylor, a counselor at a North Carolina high school and author of Perfectly You, describes her experience at a body image awareness event: “Guys did not even want to go near our table,” she says, but when she left the table boys “would look at it, then walk away, then come back and fold up a pamphlet real quickly and put it in their pocket.” [16] Parents, teachers and counselors need to be more aware of the prevalence of body image issues among boys and not wait for them to openly seek help. [17]

While boys need to be educated and provided with the same sorts of tools as girls, they also need materials that are specifically designed for them. [18] These materials should address their particular concerns, including the drive to muscularity and the pressure to fit in among peers, while also being accessible to boys in a private space.

[1] Norman, M. (2011) Embodying the Double-Bind of Masculinity: Young Men and Discourses of Normalcy, Health, Heterosexuality, and Individualism. Men and Masculinities, 14, 4: 430-449.

[4] Field, A., Sonneville, K., Crosby, R. (2014) Prospective Associations of Concerns About Physique and the Development of Obesity, binge drinking, and drug use among adolescent boys and young adult men. JAMA Pediatrics 168(1). 34-39.

[10] Katz, A & El Asam, Aiman. (2020) In Their Own Words: The Digital Lives of Schoolchildren. Internet Matters. https://www.internetmatters.org/wp-content/uploads/2020/10/Internet-Matters-CyberSurvey19-Digital-Life-Web.pdf