Music is a significant medium in a young person’s life, particularly during the teenage years. While other media may occupy a greater number of hours, it is most often from music that teenagers define their identities and draw cues about how to dress and to behave.

So how do music videos, as well as other images associated with music, influence youth? For girls, the message is overwhelmingly that they should be thin, attractive and sexual. [2] What’s more, this message doesn’t vary between different genres of music, [3] as nearly all performers must meet this standard to be commercially successful (or else have their images electronically manipulated to meet that standard). Even those few performers whose sexuality is not a large part of their appeal encounter a strong pressure to conform to popular standards of beauty once they become successful, receiving considerable positive media coverage of their weight loss such as “Jennifer Hudson Weight Loss: Her Son Only Knows Her As Size 0”. [4] When female musicians gain weight, it is often covered in a negative light. Performers such as Kelly Clarkson, Rihanna and Lady Gaga have received criticism both in the press and in social media after gaining weight. [5] Female performers who are not sexualized at the beginning of their careers, particularly those who become successful as teenagers, are frequently under pressure to adopt a more sexual persona as they transition to an adult career. [6] When this happens, discussion of the performer often moves from her music to her sexuality, leading to a much greater emphasis on body size and other physical attributes both in how she is presented in videos and in media coverage.[7] 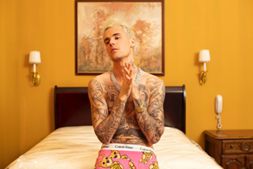 Though boys receive different messaging, music is similarly influential. Perhaps due to the heavily ripped physiques now standard among male hip-hop, heavy metal and even country singers, teenage boys who watch music videos are at higher risk of becoming obsessed with bodybuilding. [8]

There are exceptions, of course: many genres of music present both male and female performers with much less emphasis on their appearance. Some even take on body image issues in their music, as in Amanda Palmer’s song “Map of Tasmania” (a paean to unshaved body hair). [9] Unfortunately, the emphasis on thinness and sexualization is nearly universal in the more mainstream genres, and Janell Hobson, author of Venus in the Dark: Blackness and Beauty in Popular Culture, suggests that it may be getting worse. While some Black performers such as Queen Latifah, Macy Gray and Lizzo have defied body image norms, “now that mainstream hip-hop has become corporate, such women have been mostly silenced […] or marginalized to make way for the video dancers, models and sex workers employed to fuel the hip-hop pornography economy.” [10]

[2] Report of the APA Task Force on the Sexualization of Adolescent Girls. American Psychiatric Assocation, 2010.

[5] La Jeunesse, Marilyn. “17 Celebrities Who Were Body-Shamed and Spoke Out Against It.” Allure, December 12 2018. <https://www.allure.com/gallery/celebrities-body-shamed>

The Girl in the Mirror - Lesson
Lesson Plan