Digital media such as the internet and video games have become increasingly important in the lives of children and youth. Even when young people are consuming other media, such as TV, music and movies, they are likely to be doing it through the internet. As well, nearly all the media they consume, from TV shows to toys, have Web pages, virtual worlds, video games or other digital spinoffs associated with them.

Virtual worlds are among the most popular online activities. The most successful are those aimed at young children, such as Pocoyo World, but these online environments are popular with other demographics as well. In 2003, less than 8% of the American population played video games daily, yet in 2016 that number drastically increased to 11% [1] with 21% of gamers being under 18. In addition, many older teens enjoy playing massively multiplayer online games, or MMOs, such as Fortnite, which straddle the line between video games and virtual worlds by letting players engage in video game play within a continuing virtual environment. This type of gaming is popular among adolescents, with 66% of male millennial gamers and 45% of females preferring to play with their friends. [2] 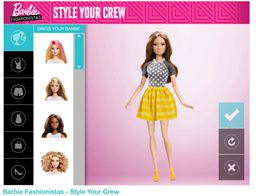 One feature common to most video games and all virtual worlds is an avatar, a character that represents the player within the world. In nearly all worlds the appearance of these avatars can be customized (though often this is only possible for paying users, while those who use the free version are stuck with the “default” versions). Unfortunately, players can be just as insecure about their virtual bodies as they are about their real ones, as realistically-depicted female characters in video games are highly sexualized and “thinner than the average American,”  [3] while male avatar body types are generally larger and more muscular. [4] In fact, boys encounter such heavily muscled characters that six- to ten-year-old boys who read gaming magazines for a year reported greater body dissatisfaction than those who read fashion, sports or fitness magazines. [5]

While the virtual worlds and games appealing to the youngest children, such as Pocoyo World and Minecraft, have either non-human or extremely cartoony avatars, those aimed at slightly older children like Stardoll and Barbie.com typically provide a narrow range of avatar options which reinforces cultural values of attractiveness. As academic Sara Grimes put it in her essay “I’m a Barbie Girl, in a BarbieGirls World,” “most avatars end up looking eerily alike - thin, youthful females… with large heads and delicate facial features.” [6] 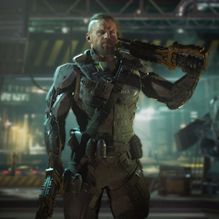 Even in virtual worlds where avatars are fully customizable, such as Sims, research has shown that players make their avatars fit mainstream standards of attractiveness. Connie Morrison, in her book Who do they think they are?, was astounded to discover that there were no “fat avatars.” She concluded that messages given in virtual worlds, such as the Sims or World of Warcraft, are that players should choose what society deems ideal bodies. [7]

People respond to physical characteristics in avatars just as they do in real life – seeing taller, more attractive avatars as being more likeable or persuasive, for example – and will even change their behaviour based on their avatar’s appearance, becoming more confident and sociable if their avatar is made more attractive. This is known as the Proteus effect, which is when “the behaviour of an individual conforms to [their] digital self-representation.” [8] This effect underlines the potential of avatar creation for behavioural modeling, as people who are overweight can be motivated to exercise and change their diet. [9] This rarely happens in practice, though, because more often than not the images of underweight avatars will simply make average- and overweight women feel bad about their bodies. [10] The narrow range of avatar customization available in the most popular virtual worlds, along with the pressure from oneself and others to create an “improved” avatar, means that the freedom to customize one’s appearance in virtual worlds mostly results in even more insecurity about appearance and body size.

While social networks allow users to post a wide variety of things, from videos to random thoughts, one of the most commonly shared items among young people is photos. As with virtual worlds, there is a strong pressure to make those photos (particularly profile photos, which are visible to all the other users one interacts with and are fully public on the Web) look as attractive as possible – in this case, through the use of flattering camera angles and image-manipulation software such as Photoshop. The combination of Instagram and Photoshop takes image-improvement techniques that had traditionally been the preserve of models and celebrities, such as staging, manipulating, and editing photos, and makes them available to anyone who is concerned about their appearance. [11] Perhaps not surprisingly, people who base their self-esteem primarily on how they are seen by others – including how they see their appearance – share photos more than those whose self-esteem is based on factors such as intelligence or achievement. [12]

While youth primarily use social networks to keep in touch with their offline friends, online communities facilitate contacting people around the world who share the same interests. While this can often be very positive, particularly for those who live in small or isolated communities, these online communities can also reinforce negative attitudes towards body image. Most notorious are the so-called “pro-ana” communities, which consist of websites, blogs and blogrings (blogs linked by a particular topic) and even discussion groups on social media sites such as Snapchat or Instagram that promote “thinspiration” and how to reach an idealized body type in an unhealthy manner. [13]

As Shirley Cramer, chief executive of the Royal Society for Public Health in the UK, puts it, “social media is now a part of everyone’s life…[and] we must therefore strive to understand its impact on mental health and especially the mental health of the younger [female] population.” Cramer believes that the highest prevalence of the social media impact is seen on young people aged 16-24. As a participant in Cramer’s study said, “Instagram easily makes girls and women feel as if their bodies aren’t good enough.”  [14] This likely stems from the constant digital manipulation of photos posted to the social media platform, which causes young girls to feel as though they could never reach that ideal body type, even though the ideal body type they are comparing themselves to is not real.

There is strong evidence, though, that it is not simply using social media that causes these effects but how social media are used. While browsing idealized images, or “fitspo” content aimed at encouraging weight loss was associated with lower body satisfaction, viewing body-positive content on Instagram has been found to make women more satisfied with their bodies. [15]

[7] Morrison, C (2010) Who do they think they are? Teenage girls and their avatars in spaces of social online communication. Peter Lang.

Getting the Rules Right
Blog entry

Connected to Learn: Teachers' Experiences with Networked Technologies in the Classroom
Blog entry